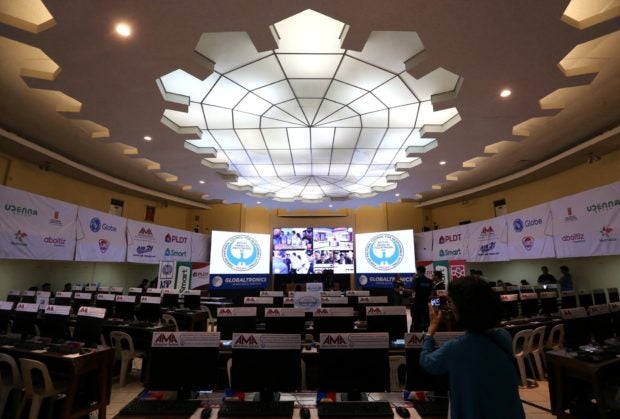 The Parish Pastoral Council for Responsible Voting has set up its command center at Pope Pius Compound in Manila,where volunteers will be working in shifts in the next few days to conduct an unofficial count of the vote in the senatorial race parallel to that of the Commission on Elections. (Photo by LYN RILLON / Philippine Daily Inquirer)

MANILA, Philippines — Reelectionist Sen. Cynthia Villar remained in the top spot of the senatorial race with 24,829,415 votes, according to the latest partial, unofficial tally of the Parish Pastoral Council for Responsible Voting (PPCRV)-Inquirer Transparency Server.

Completing the Magic 12 are the following candidates:

Reelectionist Sen. JV Ejercito is still on the brink of losing his senatorial bid after landing in the 13th spot with 14,064,606 votes.