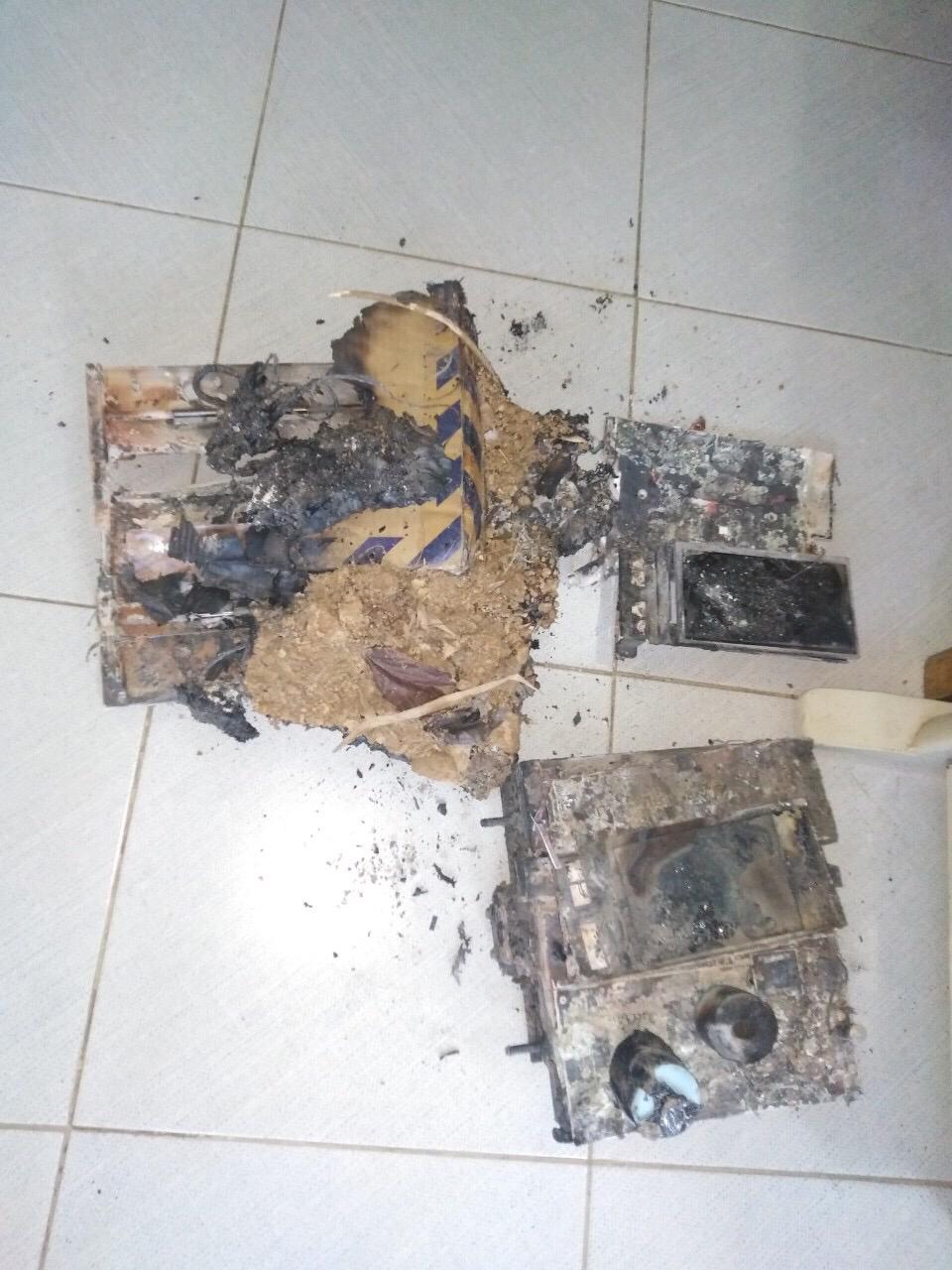 MANILA, Philippines — Police are looking at the possible involvement of the New People’s Army (NPA), politicians, and armed groups in the burning of two vote counting machines in Jones, Isabela.

Lt. Col. Chevalier Iringan, spokesperson of the Cagayan Valley police, said that investigators were looking at groups or personalities who would be interested or would benefit from burning the poll materials.

“Pwede rin sa kanila (NPA), pwede rin sa mga pulitiko, armed groups, or kung sino ang interested na sunugin ‘yun,” he said in an interview with INQUIRER.net on Wednesday, when asked about groups whom the police believe as behind the incident.

On Tuesday morning, armed men snatched two VCMs being transferred from polling precincts of Barangay Dicamay I and Barangay Dicamay II. The gunmen took the machines loaded on a dump truck en route to the municipal canvassing center at the town hall.

The men ordered the board of election inspectors to unload the VCMs, which reportedly malfunctioned. The gunmen then set the polling machines on fire.

Police said the gunmen fled on a light-colored pickup truck without a plate number.

Iringan clarified that election paraphernalia and 200 unread ballots being transported along with the VCMs were intact, contrary to initial reports.

Two suspects: a certain Jayson Leaño and Rodel Pascual, are now in the custody of the Jones Municipal Police Station.

READ: 2 suspects in torching of VCMs in Isabela now in police custody

Iringan said they did not know yet if the two belonged to any group.

Jones is under the red category of poll hotspots declared by the Commission on Elections. (Editor: Cenon B. Bibe Jr./Mike U. Frialde)