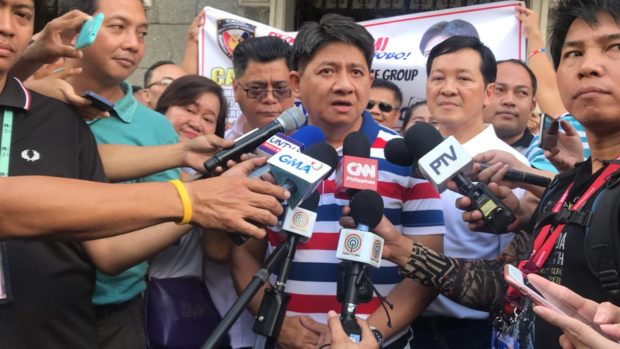 MANILA, Philippines — The Commission on Elections (Comelec) on Wednesday urged senatorial candidate Larry Gadon to provide proof on his allegations that some of his votes were allegedly transferred to other candidates.

“We welcome proof or better still consider gathering proof for filing of protest if he does not win,” Comelec Chairman Luie Guia told INQUIRER.net in a text message.

Guia was reacting to the claims of Gadon that his votes were shaved to push administration allies in the winning circle in the recently concluded elections.

Based on the unofficial quick count of the Parish Pastoral Council for Responsible Voting (PPCRV) as of Tuesday, Gadon ranked 28th in the senatorial race with at least 3.3 million votes.

Meanwhile, almost all candidates of Hugpong ng Pagbabago, the administration’s coalition for the elections, were included in the so-called Magic 12.

In a separate interview, Comelec Spokesperson James Jimenez expressed doubts on the claims of Gadon.

According to the partial and official results of the Comelec, reelectionist senators Cynthia Villar and Grace Poe remained on the top two spots with 4,092,454 and 3,650,288 votes respectively.

READ: Bam in Magic 12 in early Comelec count but how long can he hang on?

The Comelec has already canvassed 34 certificates of canvass out of 167.

It is set to resume its canvassing session within the day. (Editor: Jonathan P. Vicente)