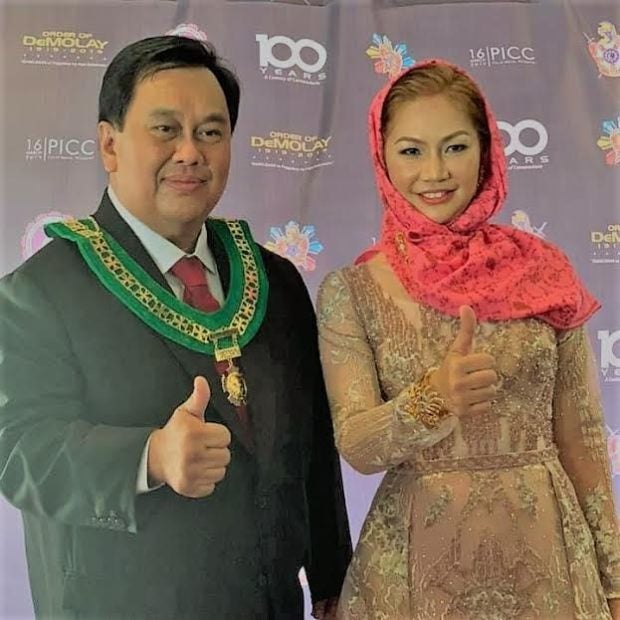 All in the family. Sultan Kudarat Governor-elect Suharto Mangudadatu and wife, Maguindanao Governor-elect Bai Mariam Sangki-Mangudadatu after they were separately proclaimed winners in the gubernatorial races in the adjoining provinces. Suharto FB page

TACURONG CITY – The provincial capitol of Maguindanao is expected to be moved anew to its old site in Shariff Aguak town after Bai Mariam Mangudadatu was proclaimed governor of Maguindanao.

With her victory, will be a husband and wife who will lead the adjoining provinces of Maguindanao and Sultan Kudarat.

“I will move the capital to Shariff Aguak where it should be and not in Buluan, Maguindanao,” Bai Mariam, then a candidate, told supporters in her miting de avance on May 11 in Abdulah Sangki town where she was the mayor.

Maguindanao’s capital is Buluan where a multi-million provincial “White House” capitol is about to be completed.

In her campaign sorties, Bai Mariam vowed to extend free medical services, scholarship to the Maguindanaon-Bangsamoro, and livelihood for poor Moros.

After he won in 2016, Maguindanao Gov. Esmael “Toto” Mangudadatu moved the capital of Maguindanao to his hometown Buluan from Shariff Aguak, the hometown of his archrival, the Ampatuan clan, that ruled the province for a decade.

Bai Mariam’s decision to move the capital back to Shariff Aguak did not come as a surprise since she is allied with the Ampatuans.

Before Shariff Aguak became the capital of Maguindanao, Sultan Kudarat town hosted the provincial capital for decades. It was the Ampatuans whomoved it to Shariff Aguak. (Editor: Leti Boniol)