What went wrong with Otso Diretso? 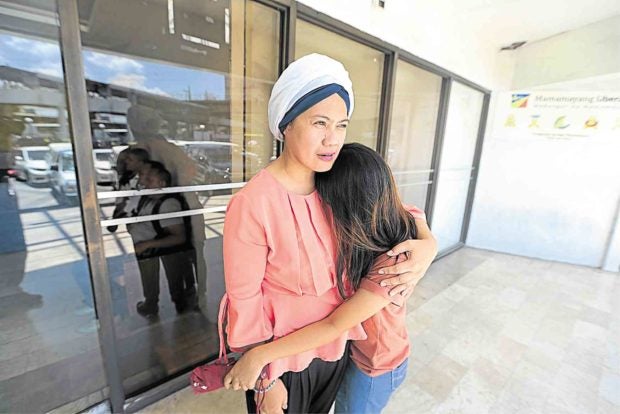 MANILA, Philippines — While there is no single reason why opposition Otso Diretso candidates lost, it could partially be traced to them going head-to-head against President Rodrigo Duterte, who wasn’t on the ballot, according to analysts.

“They did not launch a campaign that can surpass [the] President’s popularity. They were criticizing the President but he [was] not [on] the ballot, and they were just speaking to their base,” said professor Jean Encinas-Franco of the University of the Philippines’ political science department

They were unable to change the minds of those who did not agree with them, Franco said in an interview on Tuesday.

Based on the unofficial quick count of the Parish Pastoral Council for Responsible Voting as of Tuesday night, none of Otso’s eight candidates made it to the winning circle. Reelectionist Sen. Bam Aquino ranked 14th with 13.7 million votes.

Victor Andres Manhit, founder and managing director of advisory and research consultancy group Stratbase, said negative campaigning against the President might have ruined the chances of the Otso candidates.

“[He is a] popular President and you’re attacking him? It [would] backfire because he ended with an 87 percent approval rating in March,” he said.

The Otso candidates, Manhit said, should have directed their attacks on administration candidates “to reflect what they perceive is wrong with the government, using issues such as corruption or credibility.”

“To hit President Duterte was a bad idea because he defined himself positively to voters and it (popularity) has even gone up these last three months, this election period,” Manhit said.

He said the President’s criticism of the opposition candidates also worked against them.

“The President is popular so when he criticizes (someone), his supporters tend to support that kind of argument. Be it right or wrong. Be it factual or not,” Manhit said.

“That’s the reality of political discourse. At times you create blind support,” he added.

According to Franco, if you add logistics and resource problems, it would be a recipe for a loss.

“It’s really the combination of their message not resonating with people who in the first place will not vote for them, and a resource and logistics problem since a nationwide campaign is [costly],” she said.

Pangilinan: Keep up the fight

Franco also noted that the Otso candidates did not align themselves with other progressive groups, and were not very united internally, either.

In the face of the opposition’s looming defeat, the Liberal Party president, Sen. Francis Pangilinan, urged supporters to take heart and fight for important causes.

“The fight for justice, independence, and a more prosperous tomorrow for the people [continue],” he said in a Facebook post.

The causes include opposing China’s incursion into Philippine territory and economy; extrajudicial killings and tolerance for officials and drug lords behind narcotics smuggling, and the lack of adequate pay and jobs for Filipinos, among others, he said.

Their participation in the senatorial race was premised on principles, not on the certainty of victory, according to Pangilinan.

Vice President Leni Robredo thanked the opposition coalition “for inspiring us to have the courage to stand our ground and hold on to what is right.”

But while the elections were over, there was more work to be done, she said.

“We may all be exhausted because of the campaign and the long day yesterday, [but] all our efforts [were] not wasted because we stood by our principles and beliefs,” she said in an FB post.

“We have much more to do, and we can do more. We are together in this fight until the end.”

In an open letter posted on Facebook, Otso Diretso campaign volunteer Ed Garcia, a former professor and one of the framers of the 1987 Constitution, thanked the candidates for waging “a brave campaign” and for “offer[ing] our people an alternative, a choice of conscience.”

“Our people have spoken, and they have made their choices. I must say with all my heart that this day perhaps must rank among the saddest in my 76 years of life. For this is not who we truly are. As a people, we are far better than this,” Garcia said.

“Though the odds were long, resources short and the field uneven, you gave all you had and fought the good fight. Yours was truly a coalition of courage, and we cannot thank you enough.”—With reports from Leila B. Salaverria and Jhesset O. Enano