Record number of attacks on LGBTs in France — report 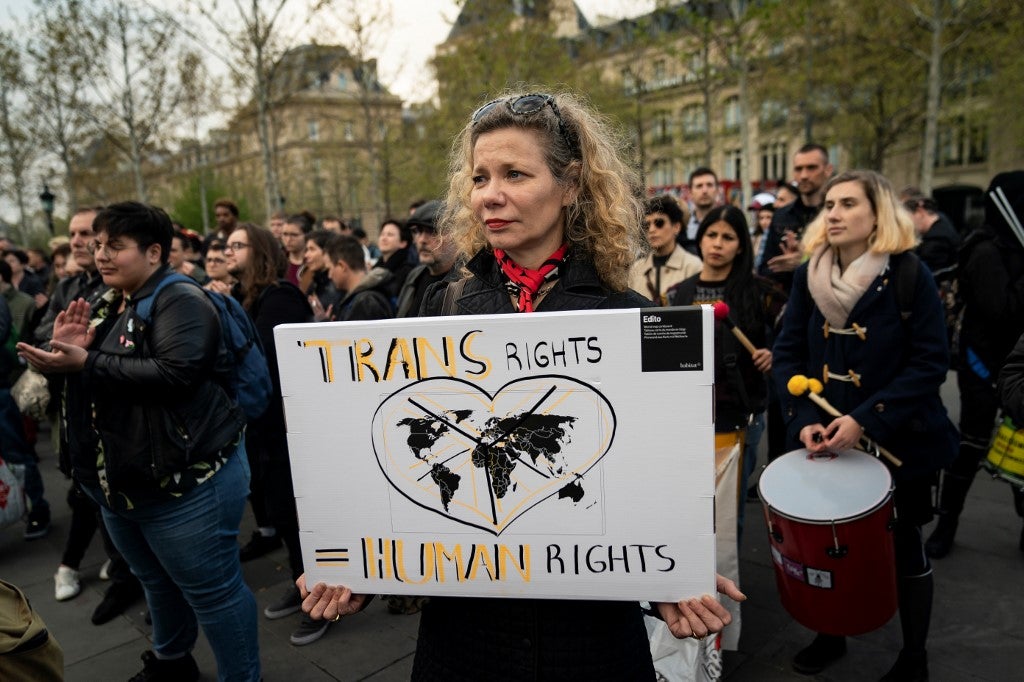 People attend a demonstration to support transgender and intersex rights and protest against discrimination in Paris on April 9, 2019. (Photo by Lionel BONAVENTURE / AFP)

The non-profit association registered 231 physical attacks, up from the previous annual record of 188 anti-LGBT assaults back in 2013 linked to same-sex marriage legislation.

“2018 was a dark year for LGBT people,” said SOS Homophobie co-presidents Véronique Godet and Joël Deumier in the yearly report.

The number of assaults jumped 66 percent over 2017, with a spike towards the end of the year when a case a day was being reported to the group.

SOS Homophobie’s helpline, website and legal services collected 1,905 statements from witnesses of abuse of the gay community, 15 percent more than the previous year.

The breakdown of cases, which could involve multiple categories, showed 62 percent involved rejection, 51 percent insults, 38 percent discrimination and 20 percent harassment. Threats and defamation made up 17 percent each with physical assault on 13 percent.

Some 66 percent of witnesses were men, who were “more inclined to talk about it and turn to SOS Homophobie to denounce what they suffered”.

The association said the 42 percent leap in reporting of violence against lesbians appeared linked to the greater willingness of victims to speak out and the influence of the #MeToo movement.

With 23 percent of reported cases, Internet was the leading place for the expression of LGBT phobia in France.

Facebook and Twitter act like an “echo chamber” of daily cases with the social networks recording more than half of all reported cases, the group said.