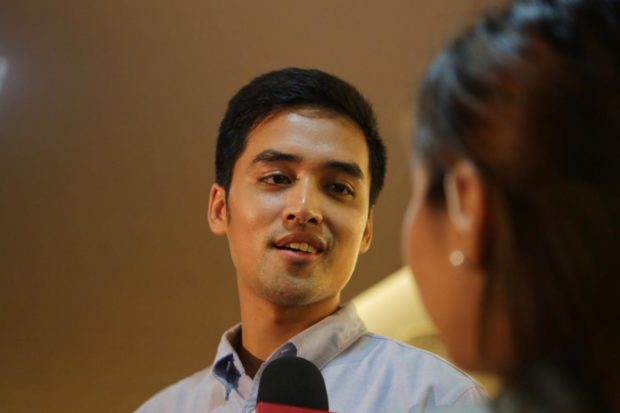 MANILA, Philippines – Pasig City voters gave Councilor Vico Sotto a landslide victory on Monday in his longshot bid for mayor, delivering a stunning rebuke to the incumbent, Robert Eusebio, whose family has ruled the city for 27 years.

With 98 percent of the votes counted, Sotto had 188,321 votes compared to Eusebio’s 109,245—an insurmountable 79,076-vote lead. The 29-year-old had promised voters a “new kind of politics,” a message that appeared to resonate in the nation’s eighth largest city.

“Everything ends,” Sotto told the Inquirer before his proclamation Tuesday. “Every empire, dynasty, regime. Every period has ended.”

The political newcomer, who ran under Aksyon Demokratiko, did not field a vice mayor, leaving incumbent Caruncho Bernardo unopposed.

News of Sotto’s commanding lead, released by the Pasig Commission on Elections (Comelec) after midnight, followed a tense day during which his poll watchers reported that 57 vote count machines had malfunctioned—a concern he said the Comelec had been slow to respond to.

Early in the evening, his supporters already began to gather outside Pasig City Hall. By 3 a.m., when his victory was clear, the crowd had grown even larger. Residents carried huge banners that hailed the collapse of the Eusebio dynasty, reveling in the dawn of a new era in Pasig.

Sotto frequently decried the “culture of fear” at City Hall, saying that at the start of his campaign, residents wouldn’t even answer their doors, believing that even interacting with him might lead them to lose certain benefits.

But over the campaign, that began to change.

“People felt that, No. 1, we have a serious candidate, and this guy might actually have a chance,” Sotto said.

“Years and years of pent-up frustration, it all came out.”

Sotto, now Metro Manila’s only millennial mayor, ran a campaign that attempted to defy the country’s political norms. Despite an instantly recognizable surname, he chose instead to focus relentlessly on the issues.

His core promise was making government more accountable, floating ideas that seemed grounded in his time working at G-Watch, a government watchdog group.

These included a pledge to regularize City Hall employees to “insulate them from politics,” distribute benefits more equitably and enshrine anticorruption measures into government systems.

“The first step of good governance is really transparency,” he had said. “You want people to participate in decision-making, but if they don’t have information, then it will be a token form of participation.”

Sotto is the son of entertainment icons Vic Sotto and Connie Reyes. A lifelong Pasigeño, he graduated from Ateneo de Manila University with a degree in political science and, more recently, a masters in Public Management.

He topped the councilor race in his district in 2016 during his first run for public office. His signature achievement as city councilor was the crafting of localized freedom of information bill—the first of its kind to be passed in Metro Manila.

“It’s difficult to run a campaign focused on issues and not personality and money, which is the traditional model,” Sotto had said before his campaign began.

“But if we keep building momentum, it’s going to be very difficult to stop that ball from rolling.” (Editor: Abe Cerojano)