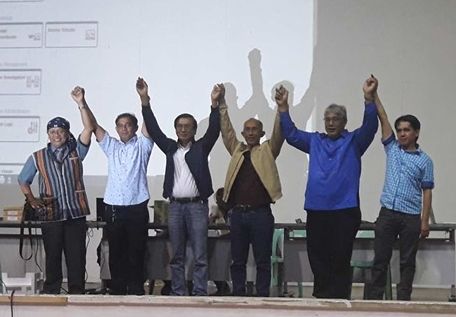 The winning candidates for mayor, vice mayor and congressional representative in Baguio City have been proclaimed late Monday. PHOTO/Kimberlie Quitasol

BAGUIO CITY – The Board of Canvassers here declared the newly-elected top officials in this summer capital late Monday evening.

Incumbent Rep. Mark Go was proclaimed as the winning representative of the lone district of this city at about 11:30 p.m.

The proclamation was done as 95 percent of votes cast here have been already canvassed. (Editor: Abe Cerojano)