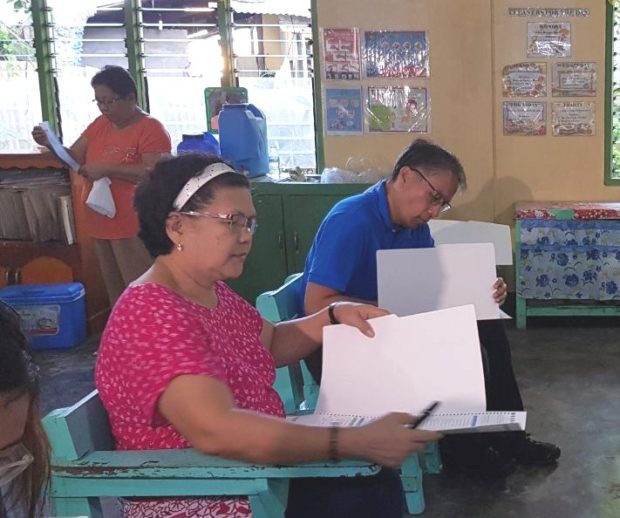 Roxas, a senatorial candidate of the opposition “Otso Derecho” slate, voted around 6:30 a.m. at the Don Conrado Barrios Memorial School in Barangay Baybay in Roxas City.

“Starting my birthday on the right note by voting early at Don Condrado Barrios Elementary School in Baybay, Roxas City. Go out and cast your vote fellow Filipinos,” Roxas said in a Facebook post.

He said his birthday wish was “for our country to have a peaceful and honest election.”

Roxas, who came in second to President Duterte in the 2016 presidential elections with 9.9 million votes, spent the last day of the campaign period in Capiz, banking on his province mates to boost his bid to be in the winning circle of senatorial candidates.

Capiz has 513,329 voters. He is also expected to draw strong support from other provinces of Western Visayas—Antique, Aklan, Guimaras, Iloilo, and Negros Occidental.

In Antique province, Sen. Loren Legarda also voted early at Precinct No. 0055B at the Mag-Aba Elementary School in Pandan town.

Legarda is running for representative of Antique’s lone congressional district under the Nationalist People’s Coalition against four other candidates including former governor Exequiel Javier whose family has dominated politics in the province.