ELECTION EVE: All systems go for the polls, says gov’t 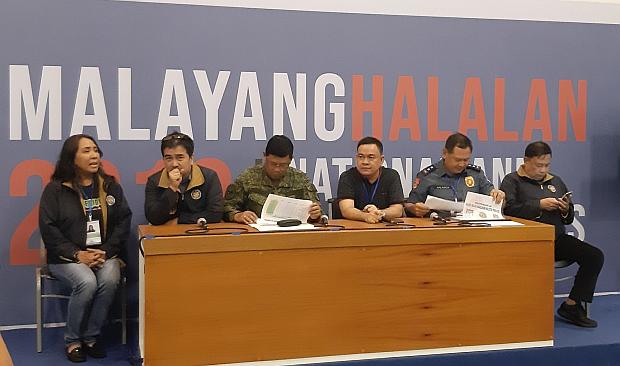 MANILA, Philippines — A night before the 2019 midterm national and local elections, the Commission on Elections (Comelec), the Armed Forces of the Philippines (AFP), and the Philippine National Police (PNP) underscored their readiness for the exercise, in which over 61 million registered voters are expected to participate.

Comelec Chairman Sheriff Abas said that 92 percent of the final testing and sealing of the vote counting machines (VCMs) to be used for the elections, while 97 percent of the marking pens had been retrieved.

“Here at the Comelec, we are all ready… Hopefully tonight we could finish the retrieval [of the marking pens], and hopefully by tomorrow we would no longer have any problem,” Abas, speaking in Filipino, said in a press conference on Saturday.

He said Comelec regional directors had also assured the national office that they were prepared for the elections, which will start as early as 6 a.m. on Monday.

“I asked those in Manila about the security arrangements in the area, about the readiness of the VCMs and the SD cards and our teachers. So we far, we are really ready,” he said.

Abas also urged the public to exercise their right to vote.

“Overall, the Comelec is ready. So I just hope that our voters will go to the areas where they can vote.”

Gen. Benjamin Madrigal Jr., AFP chief of staff, said troops had been deployed nationwide to ensure the safety of voters.

“I got the information from all the unified commanders that troops have been deployed,” he said. “We also assisted the Comelec in the distribution and transport of election paraphernalia.”

Madrigal highlighted the transport of voting paraphernalia to Barangay Pag-asa on Pag-asa Island in the West Philippine Sea, where more than 200 residents are expected to vote.

Madrigal said that over 400 joint checkpoints of the Comelec and the PNP had also been set up in Mindanao to increase security there.

“We are going to deploy at least two security personnel per voting center,” Aplasca said, adding that Quick Reaction Teams would also be deployed in hotspots across the country.

Voting precincts will open at 6 a.m. and will close at 6 p.m.