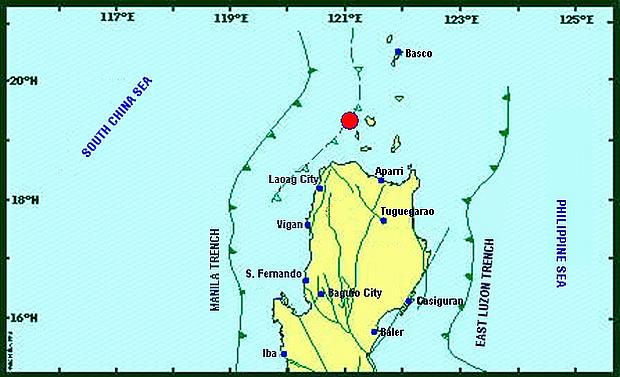 Red dot shows the epicenter of a magnitude 5.2 quake the struck off the coast of Cagayan. (Image from Phivolcs)

According to Phivolcs, the magnitude 5.2 quake of tectonic origin happened at 4:59 p.m, with its epicenter at 87 km northwest of Calayan, Cagayan, at a depth of 20 km.

Following the quake, a magnitude 4.4 aftershock was reported an hour later at 6:00 p.m.

The aftershock had its epicenter at 83 km northwest of Calayan, Cagayan at a depth of 13 km.

Phivolcs said reports of damage were expected following the quakes.