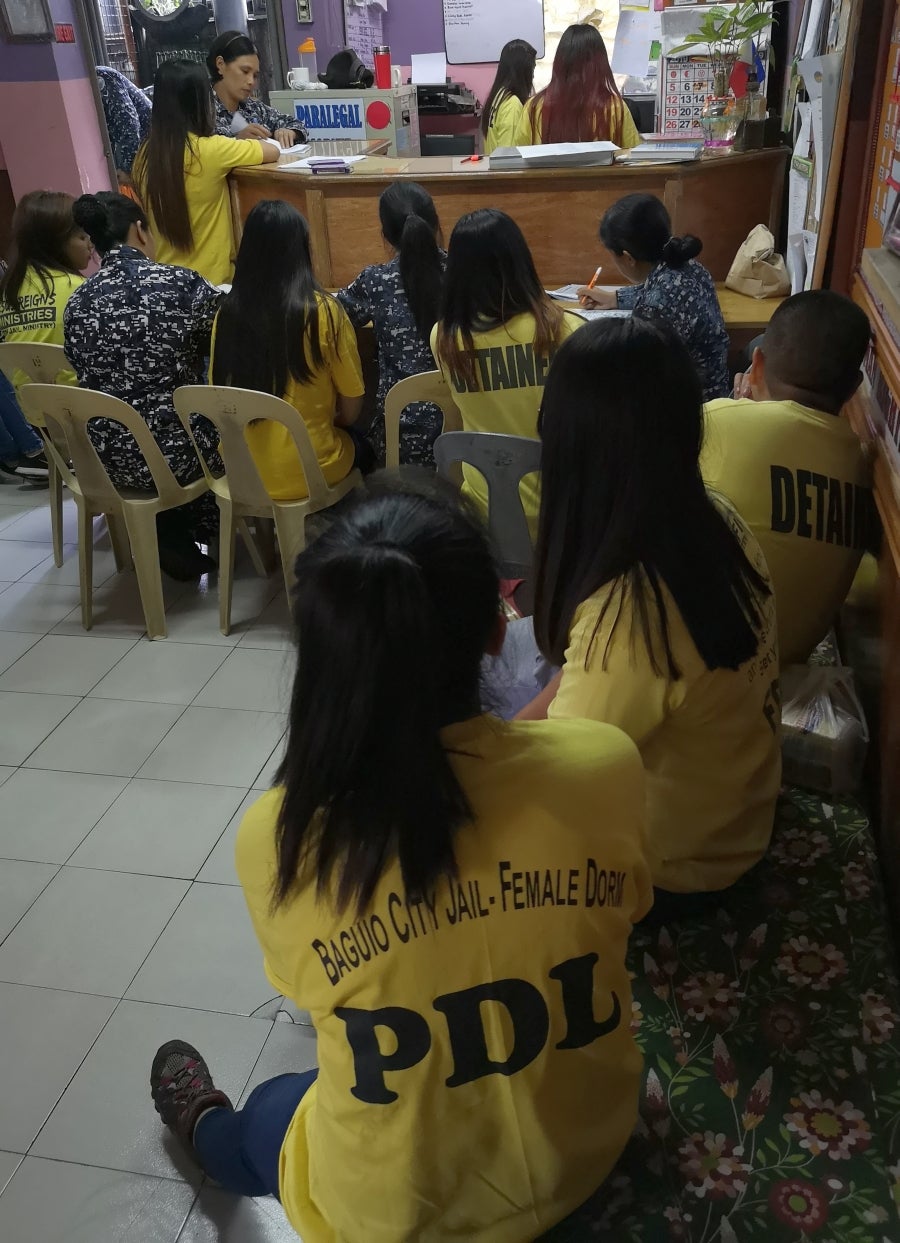 YELLOW. Clad in yellow uniforms, 14 women are processed for detention after they were caught drinking, along with 21 men at a Baguio bar on Sunday (May 12), a day before the May 13 election day. They allegedly violated the liquor ban imposed at midnight. INQUIRER PHOTO/ EV Espiritu

BAGUIO CITY — The police arrested 35 people caught drinking at a bar on Sunday, a day before the May 13 midterm elections.

All suspects were nabbed at 12:10 p.m. at the Akira Bar along Magsaysay Avenue, and were charged for violating the liquor ban that was imposed by the Commission on Elections at midnight. It was not clear why all of them were drinking at a public establishment at noon.

Fourteen of the alleged violators were women, one of them a mother of three children, said Chief Insp. April Rose Ayangwa, the warden of Baguio’s female inmate ward. One of the 21 male suspects was 17 years old.

Because it was a Sunday, they were unable to undergo inquest proceedings and could not post bail, Ayangwa said.

The 35 new inmates of the Baguio City Jail may not be allowed to vote on Monday, because detainees are allowed to cast their ballots after they secure the permission of judges handling their cases, she said. Around 55 Baguio inmates signified they are ready to vote. (Editor: Julie Espinosa)