newsinfo / Nation
Nation
RATHER THAN MAKE A PITCH FOR OWN CANDIDATES 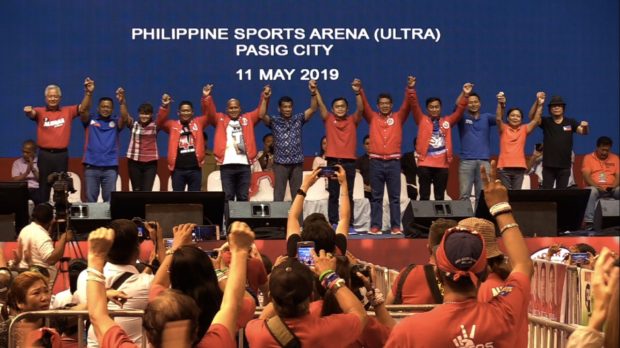 President Rodrigo Duterte made a final pitch for administration senatorial candidates in Pasig on Saturday, May 11, 2019. (Photo by RYAN LEAGOGO / INQUIRER.net)

MANILA, Philippines — In making a final push for his senatorial slate, President Rodrigo Duterte on Saturday zeroed in on opposition bets longer than he did on his own candidates.

Speaking at the last campaign rally of the Partido Demokratiko Pilipino–Lakas ng Bayan (PDP-Laban) in Pasig City on Saturday, the President started by taking a swipe at opposition candidates.

“If you believe in Bikoy, kindly vote for the Otso Diretso. Pag maniwala kayo, doon kayo. If you want a country of inutil, mga duwag, ayan ang mangyayari sa gobyerno ninyo,” he said.

Bikoy is the alias used by the hooded narrator of “Ang Totoong Narco List,” series videos linking the President’s relatives and allies to the illegal drug trade. 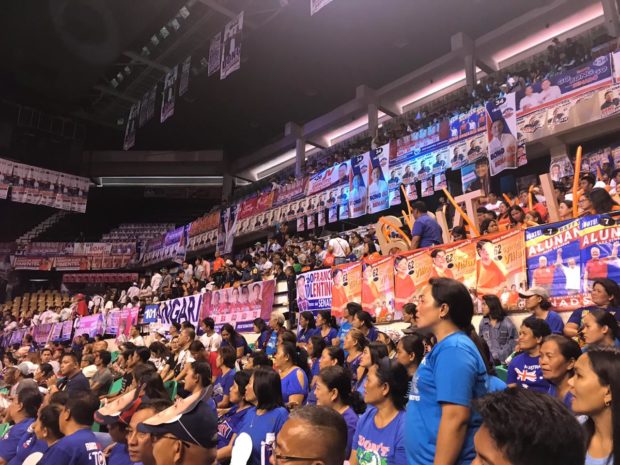 Otso Diretso is the campaign name of the opposition’s senatorial slate.

The President even singled out some candidates from the opposition — namely Aquino, Hilbay, Roxas, Alejano, and Diokno.

“Mar Roxas. What is in the — what’s in the name? Sige nga? He’s what? President? Lolo? And his father? So what about it? Siya? Anong binigay niya sa bayan?” the President said.

Meanwhile, accused another opposition bet of being a credit-grabber.

It was only towards the end of his more than two-hour speech that the President made his final pitch for his candidates.