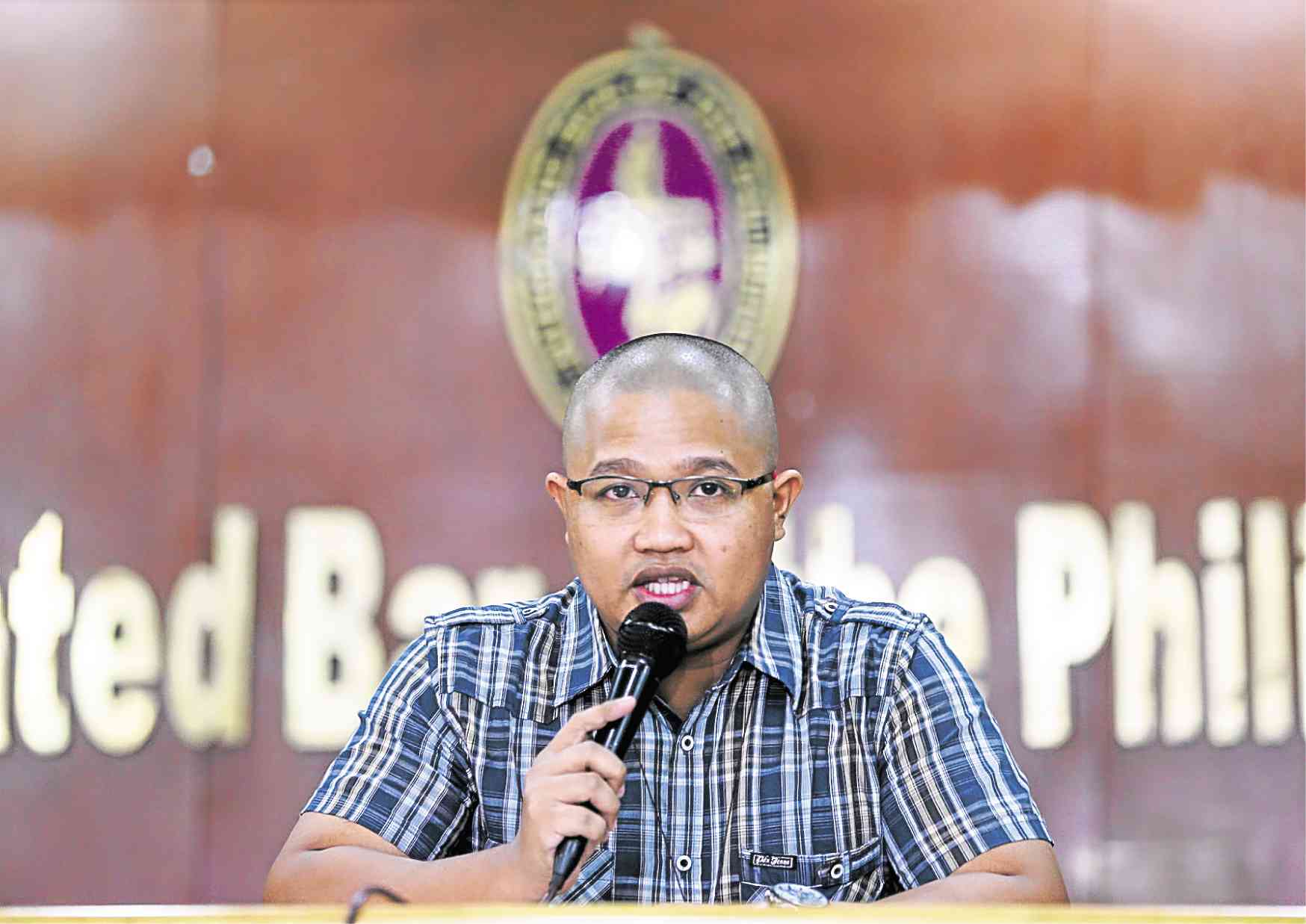 MAN ON THE RUN An arrest order is out for Peter Joemel Advincula, alias “Bikoy,” not for implicating members of the President’s family and their associates to the drug trade but for alleged estafa and illegal recruitment. —EDWIN BACASMAS

The Philippine National Police on Friday launched a manhunt for Peter Joemel Advincula, who had implicated President Duterte’s family and their associates to the illegal drug trade, for alleged estafa and large-scale illegal recruitment.

Police Gen. Oscar Albayalde, the PNP chief, said warrants of arrest were issued by the courts in La Trinidad, Benguet province, and Baguio City for the two separate cases.

Advincula surfaced on Monday, claiming he was “Bikoy” in the viral videos linking one of the President’s sons, his son-in-law and his former chief aide and senatorial candidate Christopher “Bong” Go, among others, to the narcotics trade.

Also on Friday, businessman Arven Valmores, president and CEO of Ardeur World Marketing Corp., filed an estafa complaint against Advincula for the alleged unauthorized use of the perfume distributor company’s name and logo in staging the “Miss Scenti Essencia Ambassadress 2018” pageant held in Polangui, Albay, on Aug. 11, 2018.

Valmores said Advincula did not show up during the coronation night, leaving all the members of the production outfit and pageant winners unpaid.

Valmores said he decided to file the case after he saw Advincula on television holding a press conference on May 6 at the Integrated Bar of the Philippines (IBP) headquarters, where Bikoy sought legal assistance in filing cases against members of the President’s family.

That press conference prompted the party list group Kabalikat ng Nagkakaisang Manileño (Kabalikat) to seek the disbarment of IBP president Abdiel Fajardo and  incoming president Domingo Cayosa for allegedly allowing the use of the group’s main office in violation of one of the rules of the Code of Professional Responsibility of Lawyers.

The rule states that a lawyer “shall not counsel or abet activities aimed at defiance of the law or lessening confidence in the legal system,” Kabalikat said in the complaint it filed in the Supreme Court’s Office of the Bar Confidant.

The complaint said Advincula’s press conference “reeked of political agenda” despite the nonpartisan character of the IBP.

“With due respect, Advincula’s press conference is not in accordance with the mission of the IBP. It does not elevate the standards of the legal profession; it does not improve the administration of justice, and it does not enable the bar to discharge its public responsibility more effectively,” said Tomas Jose Carrido, a representative of Kabalikat.

“The doors and offices of the IBP are open to anyone who feels aggrieved by some violation of the law and who seeks redress in any proper forum—be it the courts, our various quasijudicial bodies, or even in the halls of congress,” Grapilon said in a statement.

He said the issues faced by Advincula involved his freedom of speech and expression and that his concerns “cannot be belittled, especially in this dark time for our country and our constitutional rights.”

“We, as a profession cannot afford to ignore the troubling tides slowly besetting our beloved Republic. We are lawyers for the Filipino—we are here, and we are watching,” he added.

Cayosa declined to comment directly on Kabalikat’s accusations, saying he had not yet received a copy of the complaint.

“With respect to the incident, the facts and the truth about this controversy will show that I have responsibly discharged my duties as executive vice president and incoming national president and that I have protected the interests of IBP and its members within the bounds of law and professional ethics and with my integrity intact,” Cayosa said.

“The Bikoy issue is an unfortunate distraction and an undeserved burden on my part but such is part of service and leadership,” he added.

Sen. Panfilo Lacson, who earlier disclosed that Advincula used to work for officers who had wanted to be “under the good graces” of the Duterte administration, on Friday urged the PNP to dig deeper into his police connections.

In exchange for testimony

Sotto’s political officer, Hutch Altavas, said Advincula, who was then serving time at the New Bilibid Prison in Muntinlupa City for illegal recruitment, wanted money and his freedom in exchange for his testimony against Aquino and the others.

“Now that the PNP has confirmed my information on [Advincula’s] contact with some senior PNP officials back in 2016, they must investigate further to determine the details of his engagement,” Lacson said in a Twitter post.

Meanwhile, De Lima urged the Senate to look into the claims made by Advincula and sacked Police Col. Eduardo Acierto about Duterte’s associates they implicated in the drug trade.

“For me, truth is paramount no matter where it leads us. You just have to keep on searching for it, unless you have something to hide. Only those who fear truth will back away from it. I do not fear truth,” De Lima said in a statement from her detention cell in Camp Crame.