Baldo detained at Legazpi jail until arraignment on May 30
By: Mar S. Arguelles - Correspondent / @msarguellesINQ
Philippine Daily Inquirer / 05:06 AM May 11, 2019 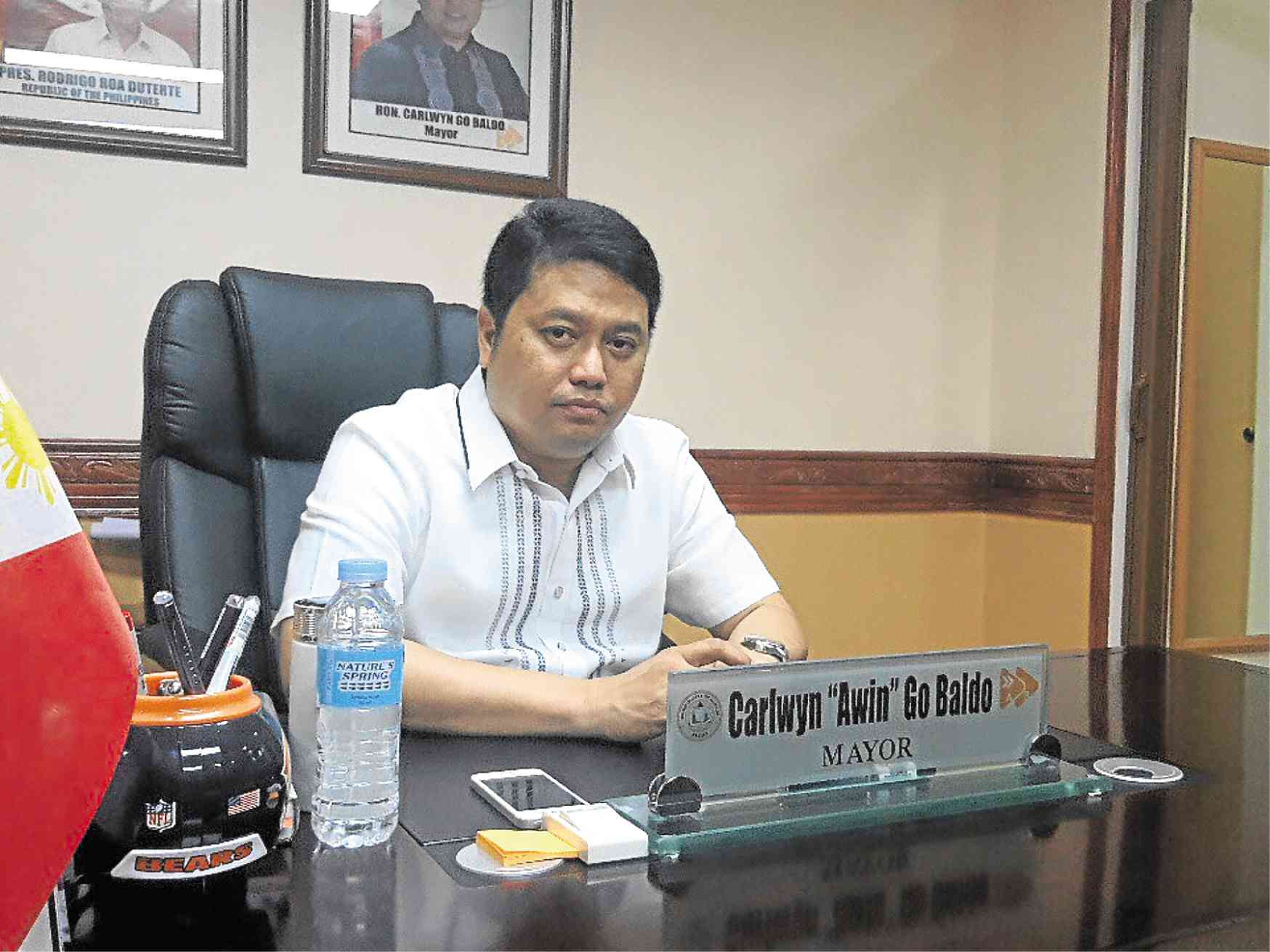 LEGAZPI CITY—Five days after police failed to arrest him on charges of double murder and six counts of attempted murder in connection with the killing of Ako Bicol Rep. Rodel Batocabe, his aide, and the wounding of six others, Mayor Carlwyn Baldo of Daraga, Albay, surrendered on Friday to Judge Maria Therese San Juan-Lloquillano at the regional trial court here.

Lloquillano ordered Baldo’s commitment for custody at the Legazpi City jail while awaiting for his arraignment set on May 30.

Baldo went into hiding on May 6 after Lloquillano issued an arrest warrant against him for masterminding the killing of Batocabe and his security aide, Orlando Diaz, at a gift-giving event in Barangay Burgos in Daraga on Dec. 22 last year.

Baldo’s camp refused to give details regarding his whereabouts during the five days he evaded the police.

“We are very happy and grateful to the police, prosecutors and the court for their hard work in putting Baldo behind bars,” Justin, son of Batocabe, said.

Batocabe was running against Baldo and Vice Mayor Victor Perete in the Daraga mayoral race. He had been replaced by his wife, Gertrudes, who is now seeking the mayoral post.

On Jan. 3, Baldo lost the nomination and support of his political party, Lakas-Christian Muslim Democrats, after police tagged him as the mastermind in the killing of Batocabe.

Baldo had denied that he had any hand in the killing and that he was being used as a “convenient scapegoat” while the ones who were responsible remained free.

Lloquillano will be hearing Baldo’s double murder and six attempted murder cases and a separate charge of illegal possession of firearms and ammunition that was filed against him after police found various guns and bullets during a raid in his house on Jan. 22.

Batocabe’s son Justin said that although Baldo had surrendered, “this does not hide the fact that he evaded capture for five days.”

“We think our case against him is strong and his evasion adds strength to that as flight is an indication of guilt,” Justin added.

Daraga Vice Mayor Perete said he was waiting for the Department of the Interior and Local Government (DILG) to issue an order for him to assume as acting town mayor following the surrender of Baldo.

Under the rule of succession in the Local Government Code, Perete would have to assume the mayoral post to avoid any “vacuum or hiatus” in the town’s local government operations, according to Anthony Nuyda, DILG regional director. —WITH A REPORT FROM MICHAEL B. JAUCIAN