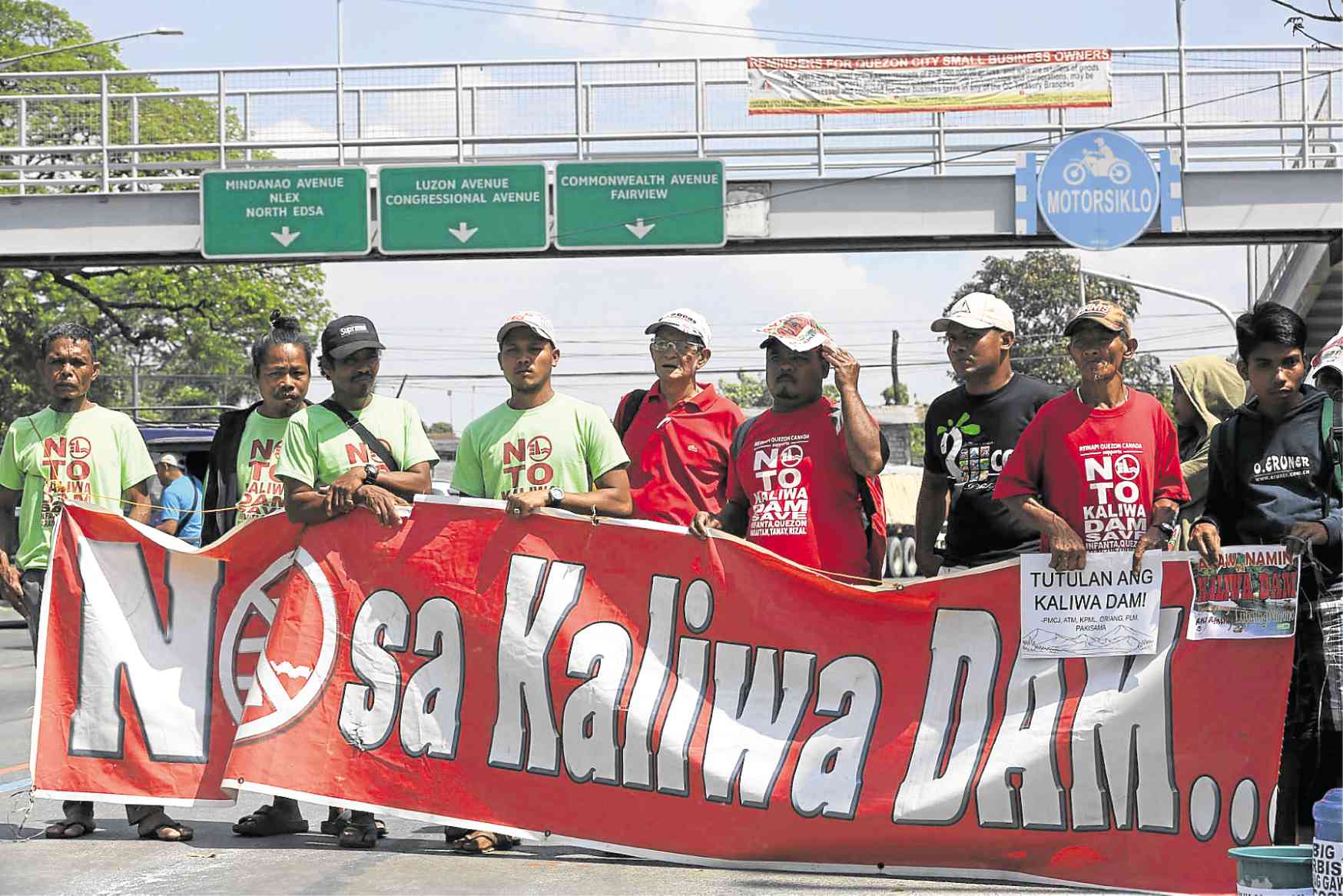 DAMNING KALIWA DAM Members of the Dumagat-Remontado tribe from Quezon and Rizal provinces hold a rally in front of the office of the Metropolitan Waterworks and Sewerage System in Quezon City in March this year to protest plans to build the Kaliwa Dam. —NIñO JESUS ORBETA

Makabayan lawmakers have contested the constitutionality of a second loan agreement between the Duterte administration and China.

The loan deal with the Export-Import Bank of China was reportedly finalized in November 2017.

According to the Makabayan congressmen, the loan agreement’s confidentiality clause violated the public’s constitutional right to information, the same argument they used when they questioned last month the government’s $62-million loan agreement with China for the Chico River Pump Irrigation Project in the Cordilleras.

Awarding the project to a preselected Chinese contractor also violated the constitutional preference for qualified Filipino contractors, the group said, adding that the dam will be built by China Energy Engineering Corp.

The Makabayan bloc also cited Section 7, Article II of the Constitution which called for an “independent foreign policy,” that, it said, the contract violated when it chose China’s laws as the governing law of the agreement and the Hong Kong International Arbitration Centre as arbiter in case of dispute.