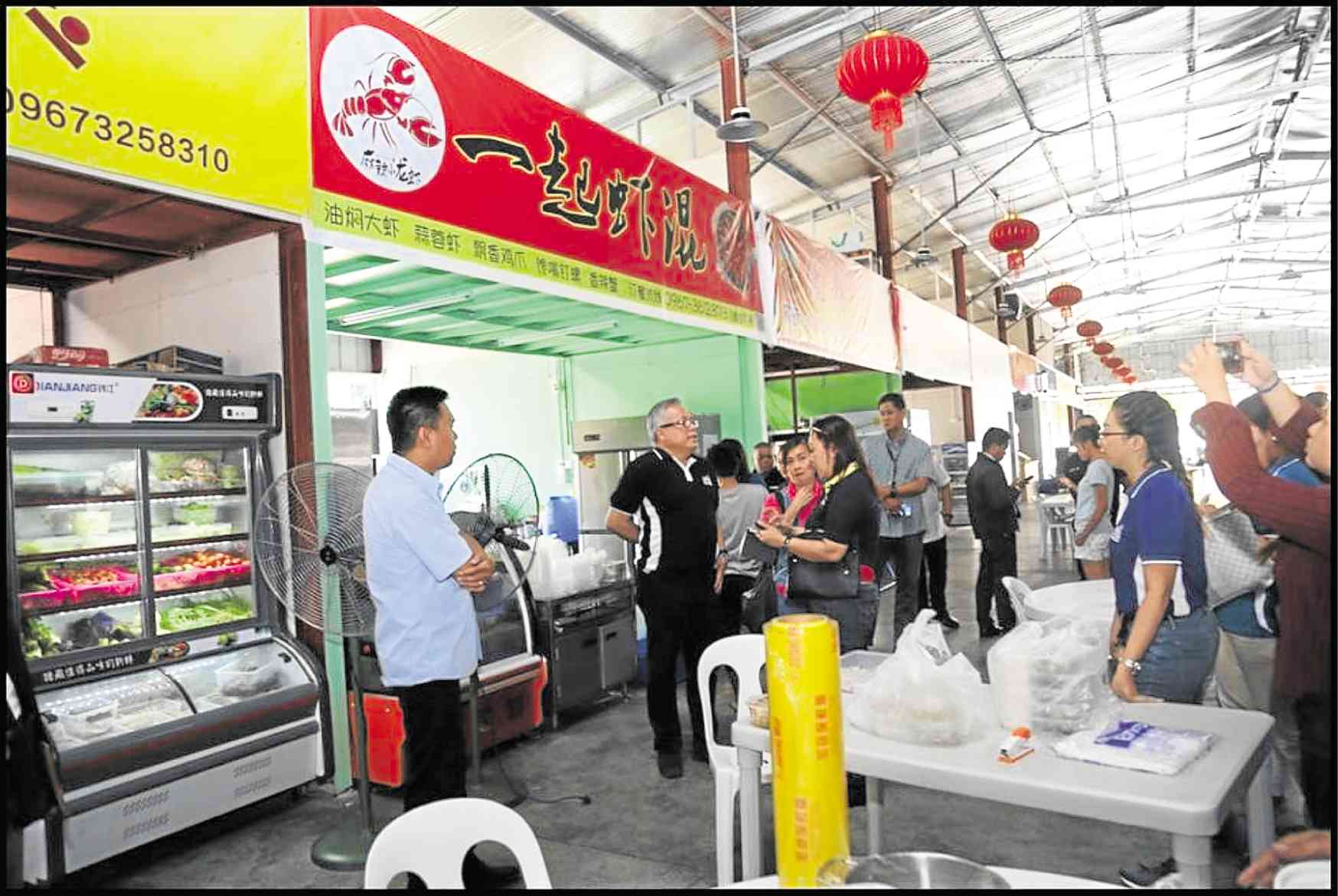 The Department of Trade and Industry (DTI) has ordered the Las Piñas City government to suspend the operations of a Chinese food park for not having the necessary documents, including business permits.

Of the 30 food stalls, only one was found to have a business license and permit. Some foreign-looking men were also spotted running away when the DTI team walked into the establishment, prompting speculations they did not have the necessary work permits.

On Thursday, Trade Secretary Ramon Lopez made a surprise visit to China Food City, which was earlier described on social media as an establishment exclusively for Chinese nationals.

But Lopez, according to a DTI statement, found “no customer discrimination” in the food park since there were also Filipinos eating there.

The DTI could not say, however, if the food park has always been inclusive, or only started accepting Filipino customers after it was criticized by netizens.

Lopez asked the Las Piñas government to see if the business permit of the food hub applied to all the 30 food stalls found within the establishment.

If all the stalls are under one ownership and registration, there must also be a common receipt, the trade chief stressed.

However, Lopez found out that there were different receipts per stall and these were written in Chinese characters.

This meant that the stall owners did not have the proper individual business permits and official receipts issued by the Bureau of Internal Revenue.

Only one stall, MFD Cuisine, had a business license and permit available, the DTI said.

Lopez also pointed to the lack of proper sanitation permits on display. On top of this, there was no proper waste disposal and waste treatment facility since the food waste went directly to the canals and into the adjacent creek.

When the DTI team arrived, its members also saw around five foreign-looking personnel running through the backdoor, which, according to Lopez, suggested they did not have proper workers’ permits.

“The DTI chief immediately summoned Las Piñas Business Permits and Licensing Office Chief Wilfredo Gaerlan to attend to all these deficiencies and to issue a suspension of operations pending the correction of the necessary permits,” the DTI said.