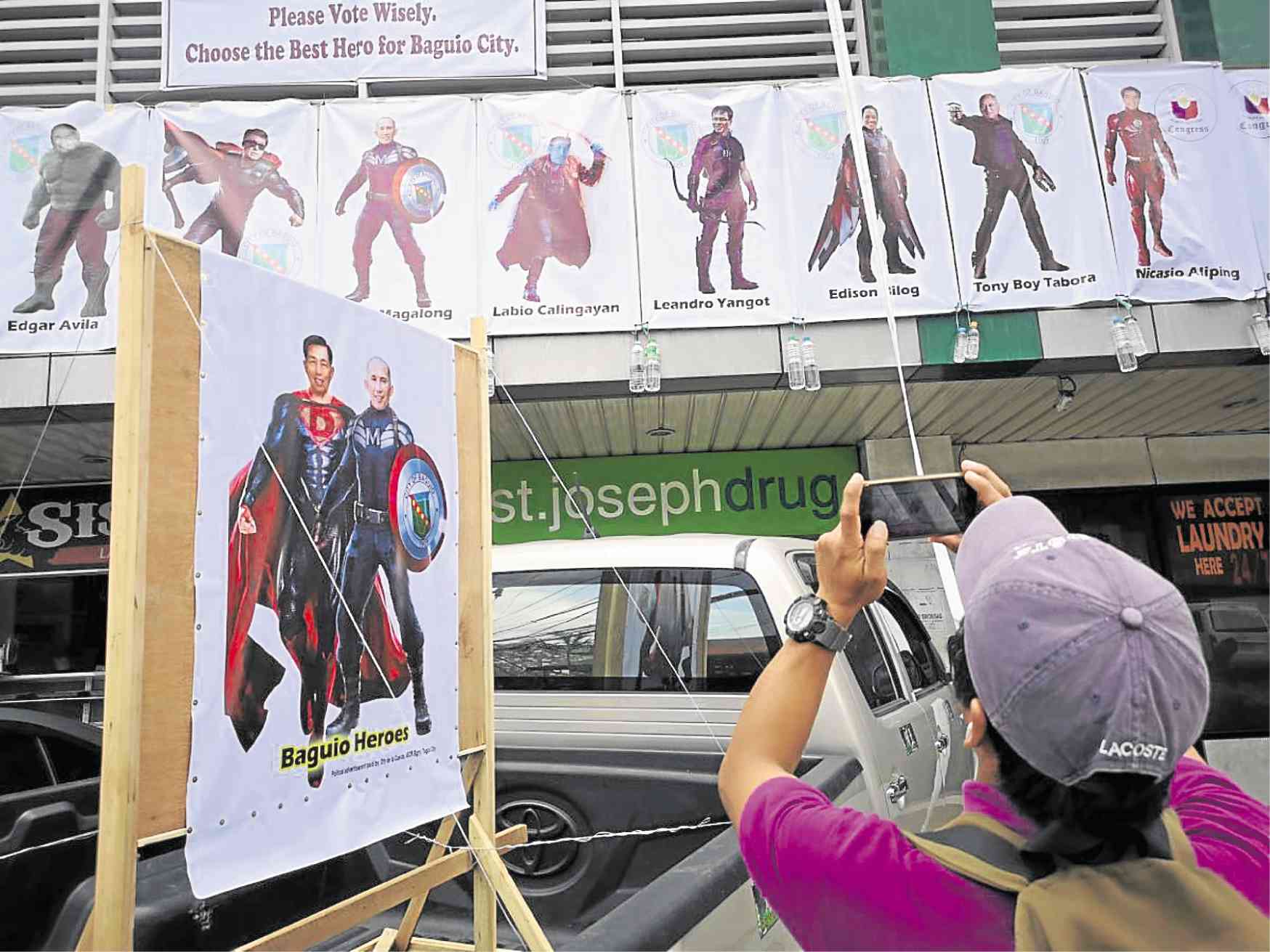 VOTE WISELY Tarpaulins depicting 13 mayoral and congressional candidates in Baguio as superheroes are displayed by a resident to inspire voters to choose their leaders wisely. —EV ESPIRITU

BAGUIO CITY — A row of superheroes, photoshopped with the heads of Baguio City’s mayoral and congressional candidates, has become the backdrop of many selfies posted online this week.

Edgar Avila, a councilor running this time to become mayor, has been turned into The Hulk, a popular Marvel Comics’ character. His rival, teacher Labio Calingayan, is portrayed as the flying Falcon, a character in the blockbuster movie, “The Avengers Endgame.”

Retired police official Benjamin Magalong, who led the fact-finding team that found Malacañang and Philippine National Police officials culpable for the 2015 Mamasapano massacre, is the shield-wielding Captain America. He is also running for mayor.

Lawyer Jose Molintas, who was once tagged a terrorist by the government, is Iron Man.

Former Baguio Rep. Nicasio Aliping Jr., who is seeking another term in the House of Representatives, has been cast as DC Comics’ The Flash.

Mayor Mauricio Domogan, who now aspires for a congressional seat, is a muscular Superman, while reelectionist Rep. Mark Go is the Green Lantern.

Orly de la Cuesta, 79, a retired mining engineer, put up the tarpaulins. “My motivation was to get people out to vote,” he said.

“Baguio did not change but its population had grown tremendously. We can’t blame government for the big population. We can’t stop growth … [but] it could have been a better development,” De la Cuesta said.

Choosing the right “superhero” may help solve some of the city’s problems, he said. —EV ESPIRITU