Putin on Victory Day: Russian military to be strengthened Russian troops march during the Victory Day military parade to celebrate 74 years since the victory in WWII in Red Square in Moscow, Russia, Thursday, May 9, 2019. (AP Photo/Alexander Zemlianichenko)

The parade marked the 74th anniversary of the defeat of Nazi Germany. It included about 13,000 servicemen and 130 pieces of military equipment, ranging from a T-34 tank – renowned for its effectiveness in World War II – to lumbering Yars ICBM launch units.

Putin said in his speech that “we have done and will do everything necessary to ensure the high combat capability of our armed forces.”

He added: “At the same time, Russia is open for cooperation with all who are ready to resist terrorism, neo-Nazism and extremism.”

Dozens of other cities also held parades for Russia’s most significant secular holiday. 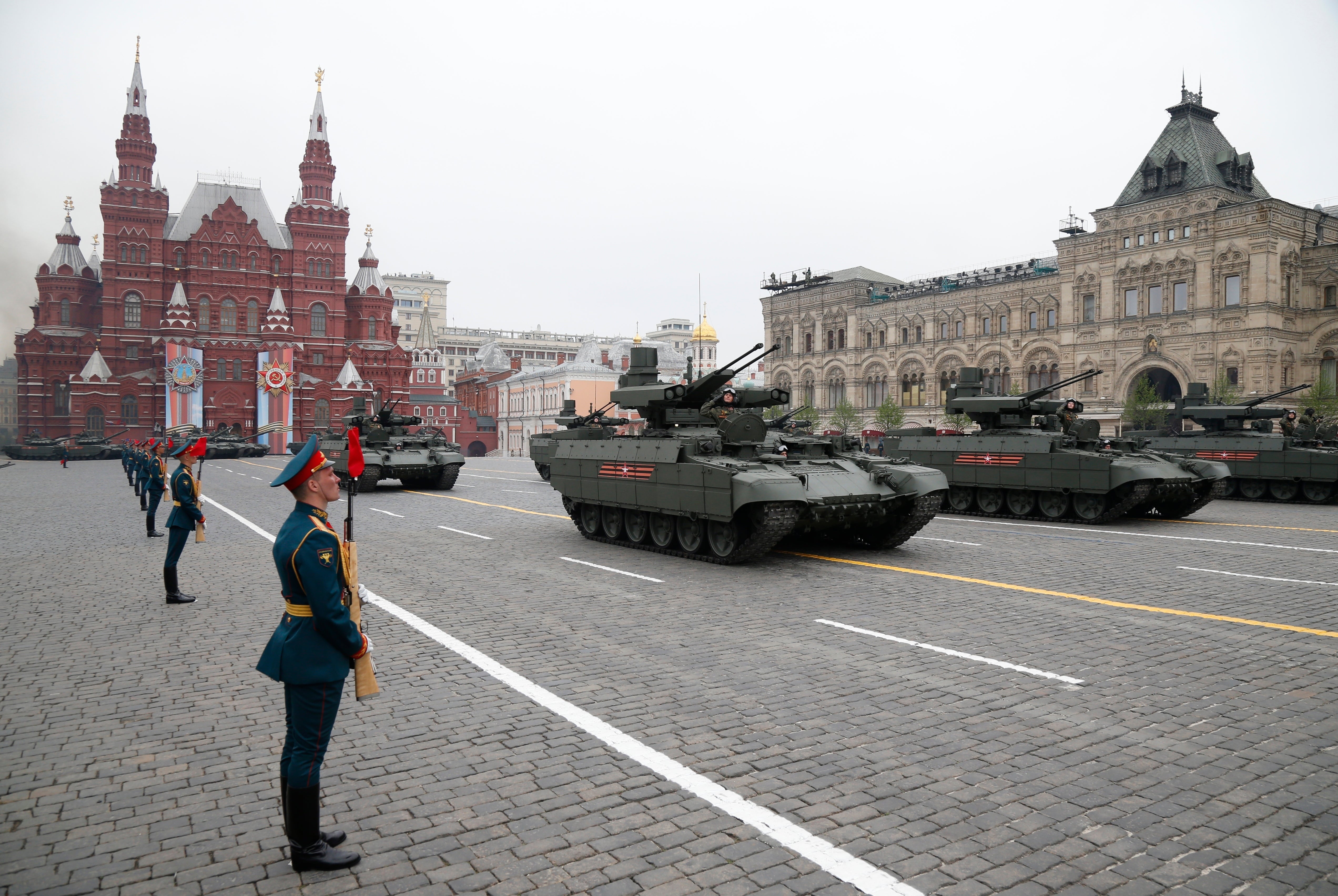 The support combat vehicles “Terminator” move along Red Square during the Victory Day military parade to celebrate 74 years since the victory in WWII in Red Square in Moscow, Russia, Thursday, May 9, 2019. (AP Photo/Alexander Zemlianichenko)

In Ukraine, which also observes the holiday, outgoing President Petro Poroshenko struck out at Russia.

“For five years, the descendants of the glorious victors over Nazism have defended with arms the freedom of the Ukrainian people and their civilization choice from Russian aggression,” Poroshenko said in a statement.

Russia annexed Crimea from Ukraine in 2014 and backs separatist rebels who have been fighting Ukrainian forces in the country’s east for the past five years. /kga