VATICAN CITY – Pope Francis issued a groundbreaking law Thursday requiring all Catholic priests and nuns around the world to report clergy sexual abuse and cover-up by their superiors to church authorities, in a groundbreaking new effort to hold the Catholic hierarchy accountable for failing to protect their flocks.

The new church law provides whistle-blower protections for anyone making a report and requires all dioceses around the world to have a system in place to receive the claims confidentially.

And it outlines procedures for conducting preliminary investigations when the accused is a bishop, cardinal or religious superior. 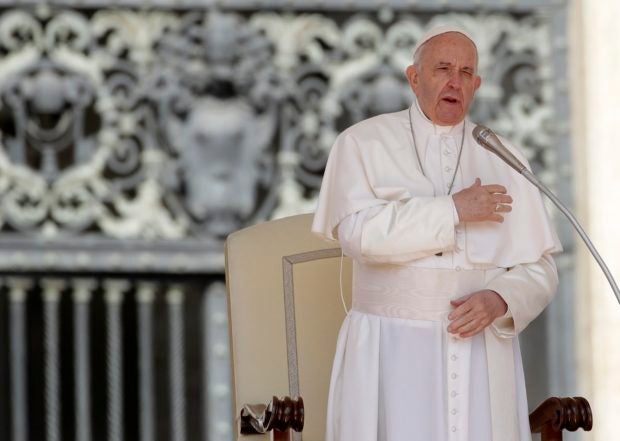 Pope Francis does the sign of the cross during his weekly general audience, in St. Peter’s Square, at the Vatican, Wednesday, May 8, 2019. (AP Photo/Alessandra Tarantino)

It’s the latest effort by Francis to respond to the global eruption of the sex abuse and cover-up scandal that has devastated the credibility of the Catholic hierarchy and his own papacy.

And it provides a new legal framework for U.S. bishops to use as they prepare to adopt accountability measures next month to respond to the scandal there.

That means they are required to inform church authorities when they learn or have “well-founded motives to believe” that a cleric or sister has engaged in sexual abuse of a minor, sexual misconduct with an adult, possession of child pornography — or that a superior has covered up any of those crimes.

The law doesn’t require them to report to police.

The Vatican has long argued that doing so could endanger the church in places where Catholics are a persecuted minority.

But it does for the first time put into universal church law that they must obey civil reporting requirements where they live, and that their obligation to report to the church in no way interferes with that.

If it is implemented fully, the Vatican could well see an avalanche of abuse and cover-up reports in the coming years.

Since the law is procedural and not criminal in nature, it can be applied retroactively, meaning priests and nuns are now required to report even old cases of sexual wrongdoing and cover-up — and enjoy whistleblower protections for doing so.

In another legal first for the Vatican, the pope mandated that victims reporting abuse must be welcomed, listened to and supported by the hierarchy, as well as offered spiritual, medical and psychological assistance. It doesn’t mandate financial reparations, however.

But the key point of the law is to decree that the church’s own priests and nuns are mandated reporters and require every diocese around the world create an accessible, confidential reporting system to receive claims of sexual abuse and cover-up.

The other key element is outlining how preliminary investigations are carried out when the accused predator is a member of the hierarchy.

The new procedures call for any claim of sexual misconduct or cover-up against a bishop, religious superior or eastern rite patriarch be reported to the Holy See and the metropolitan bishop responsible for the geographic area involved.

Unless the metropolitan bishop finds the claim “manifestly unfounded,” he must immediately ask permission from the Vatican to open a preliminary investigation and must hear back from Rome within 30 days — a remarkably fast turnaround for the lethargic Holy See.

The metropolitan then has an initial 90 days to conduct the investigation — extensions are possible.

Victims and their advocates have long complained that bishops and religious superiors have escaped justice for having engaged in sexual misconduct themselves, or failed to protect their flocks from predator priests.

Bishops and religious superiors are accountable only to the pope, and only a handful have been sanctioned or removed because particularly egregious misbehavior became public. /gsg