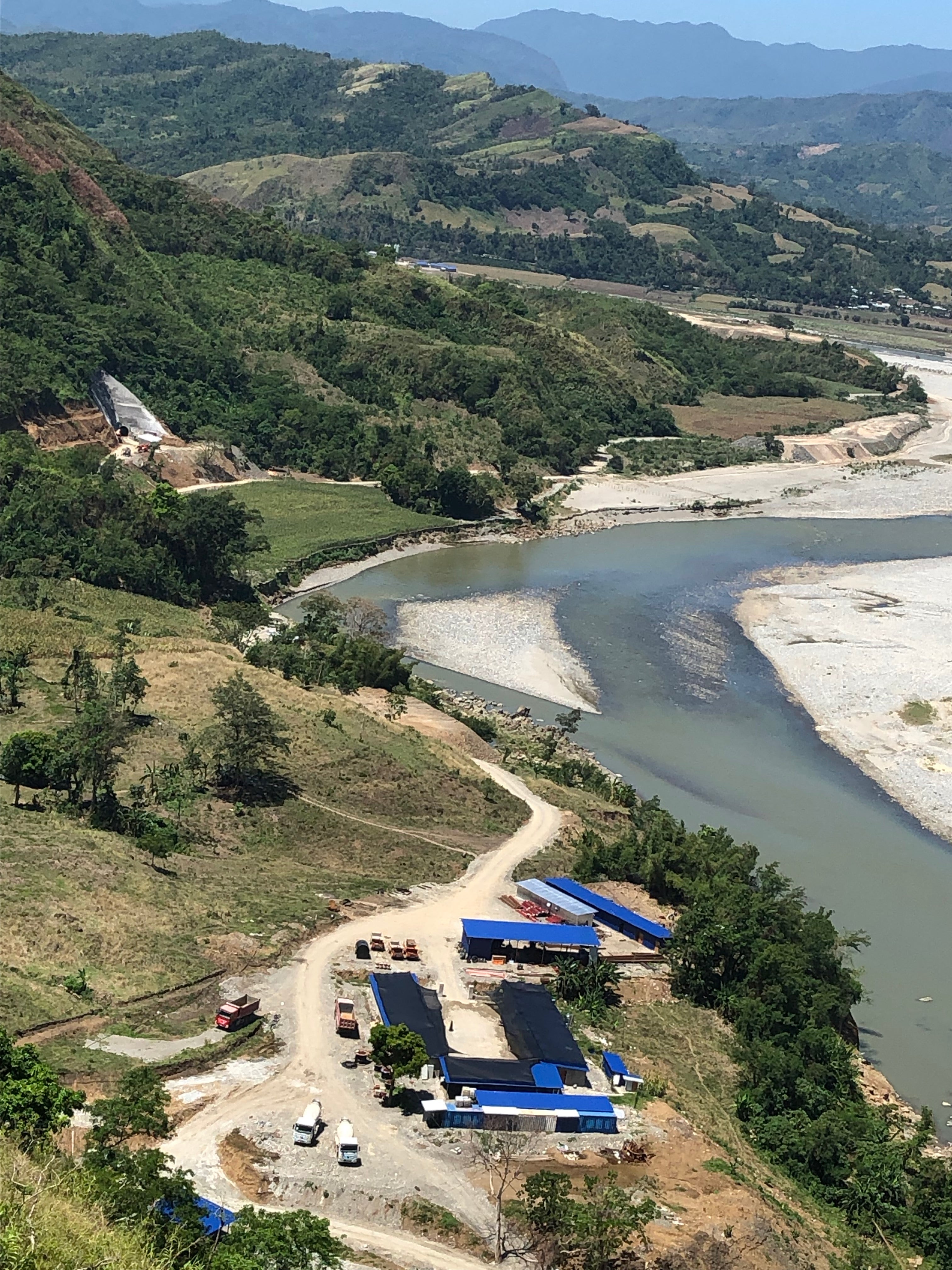 The site of the Chico River Pump Project in Kalinga Province. More than 7,500 hectares of rice farms in the towns of Tuao and Piat in Cagayan province, and 1,170 ha in Pinukpuk, Kalinga province are expected to benefit from the project, according to the National Irrigation Administration. Photo from Cordillera Peoples Alliance

CITY OF SAN FERNANDO, PAMPANGA, Philippines — The National Irrigation Administration (NIA) is not suspending construction of the China-financed Chico River Pump Irrigation Project in Kalinga province because it has complied with the requirements, the agency’s administrator, Ricardo Visaya, said on Wednesday.

Visaya said only a court could stop the NIA project.

The National Commission on Indigenous Peoples (NCIP) has asked the NIA in a letter to suspend construction, pointing out that the project has not been issued a certificate precondition (CP).

A CP indicates that the project received the free, prior and informed consent of indigenous communities, a requirement for projects in ancestral domain of indigenous peoples (IPs) under the Indigenous People’s Rights Act of 1997.

Asked if the project had failed to obtain the consent of IPs in the area, Visaya told the Inquirer by phone: “That’s not true. Everything is in order.”

The NIA has documents and an agreement to prove that, he said. The matter, he added, was being resolved by the Regional Development Council (RDC).

It was the NCIP in the Cordillera that informed the National Economic and Development Authority (Neda) about the project’s lack of a CP.

Sagga made the request after a committee of the Cordillera RDC said proponents of the project had not been issued a certification that they had obtained the consent of affected IPs in Kalinga.

NCIP Commissioner Gaspar Cayat said the NIA should comply with the process and obtain first a CP showing the government project received the free, prior and informed consent of clans in Kalinga whose lands have been bought for the project.

Visaya said both the central and regional offices of the NIA were open to dialogue with the IPs.

Without naming any group, he said the issue was being exploited by left-leaning organizations.

“If the Left has enough proof of their  allegations, I advise them to go to court and let the court order us to stop,” said Visaya, a former chief of staff of the  Armed Forces of the Philippines.

He said the project was important because Cagayan Valley was second to Central Luzon in rice production. Cagayan Valley consists of Nueva Vizcaya, Quirino, Isabela, Cagayan and Batanes provinces and Tuguegarao City. Part of Kalinga is contiguous to Cagayan.

“We have to sustain that and improve it to meet the increasing demand for rice in our country,” Visaya said.

Highlands like Cagayan and parts of Kalinga have insufficient irrigation systems though they have good sources of water in the area, such as Chico River, according to Visaya.

“The only problem is Chico is too deep. That’s the reason we have to pump up the water from Chico to water the rice fields located on top of mountains in the boundaries of these two provinces,” he added.

China CAMC Engineering Co. has begun constructing 143 kilometers of diversion tunnels and lateral canals that will channel water from the Chico River to 7,500 hectares of rice farms in the towns of Tuao and Piat in Cagayan and 1,170 ha of farms in Pinukpuk town in Kalinga.