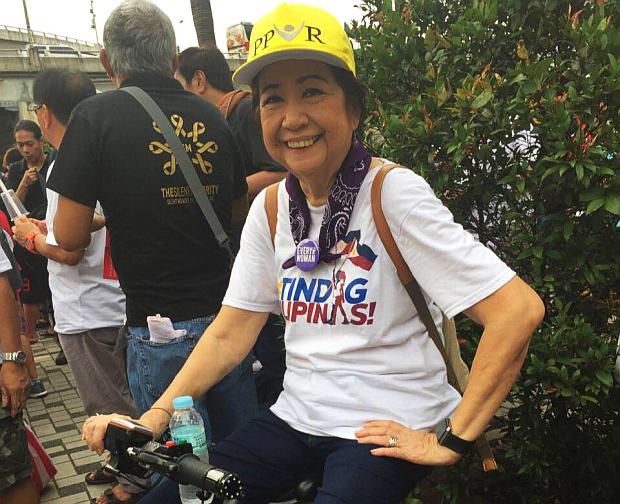 In a Facebook post, the journalist thanked her mother for being an inspiration to her and instilling a love for the family and the country.

In a statement released Wednesday, the David family confirmed the passing of Karina David.

“It is with utmost grief that our family announces the passing of our beloved Karina Constantino-David,” the David family said. “Much of her life was spent serving the Filipino people in her work as a professor, activist, community organizer, and public servant. She was a patriot in the true sense of the word. As a professional, she was the epitome of discipline, intelligence and integrity; as a wife, mother, and grandmother, she was the perfect example of patience, selflessness and unconditional love.”

The family said details of her passing would be released once available.

“In lieu of flowers, the family requests for prayers for the repose of her soul,” the family said.

Posted by Kara Patria Constantino David on Wednesday, May 8, 2019

Karina David was the wife of Randy David, University of the Philippines professor emeritus and Philippine Daily Inquirer columnist.

She was a composer and guitarist of the singing duo Inang Laya, who performed songs against social injustice, foreign intervention and violence against women during the Marcos era.