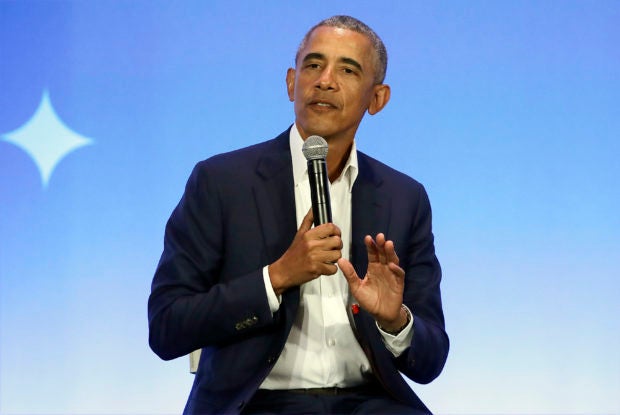 WASHINGTON — Former President Barack Obama’s post-White House memoir is not expected to be released this year, setting up the likelihood that the highly anticipated book will drop during the 2020 campaign.

Publisher Penguin Random House started alerting foreign partners and others about the status of Obama’s book on Tuesday, May 7. The former president has been writing the book himself, handwriting the first draft on legal pads, the same technique he used for numerous White House speeches and his first bestseller, “Dreams from My Father”.

The former president and his wife, Michelle Obama, signed lucrative book deals in 2017. Mrs. Obama’s book was released last year and quickly became one of the most popular political memoirs in history, with more than 10 million copies sold worldwide.

The timing of the former president’s book release is trickier. A 2020 book launch could thrust Obama back into the spotlight just as Democratic voters are choosing a presidential nominee, prompting fresh discussion of his legacy and putting him on the spot about the candidates hoping to build on it.

That would be a particularly delicate dance given that Obama has made clear he has no plans to play a role in the Democratic presidential primary, including declining to endorse his vice president, Joe Biden, or any other candidate. But as the most popular Democrat in the country, even more than three years after leaving office, Obama’s every word about the campaign will be scrutinized for signs of which candidates he favors.

The publisher did not give its partners any updates on a launch date, according to a person with knowledge of the matter. The person was not authorized to discuss the matter publicly and spoke on condition of anonymity.

The Obamas signed with Penguin Random House in 2017. While the financial terms of the agreement were not released, the former president’s book was expected to garner the largest advance for any ex-president. The previous record is believed to be $15 million for Bill Clinton’s “My Life”. CE/JB