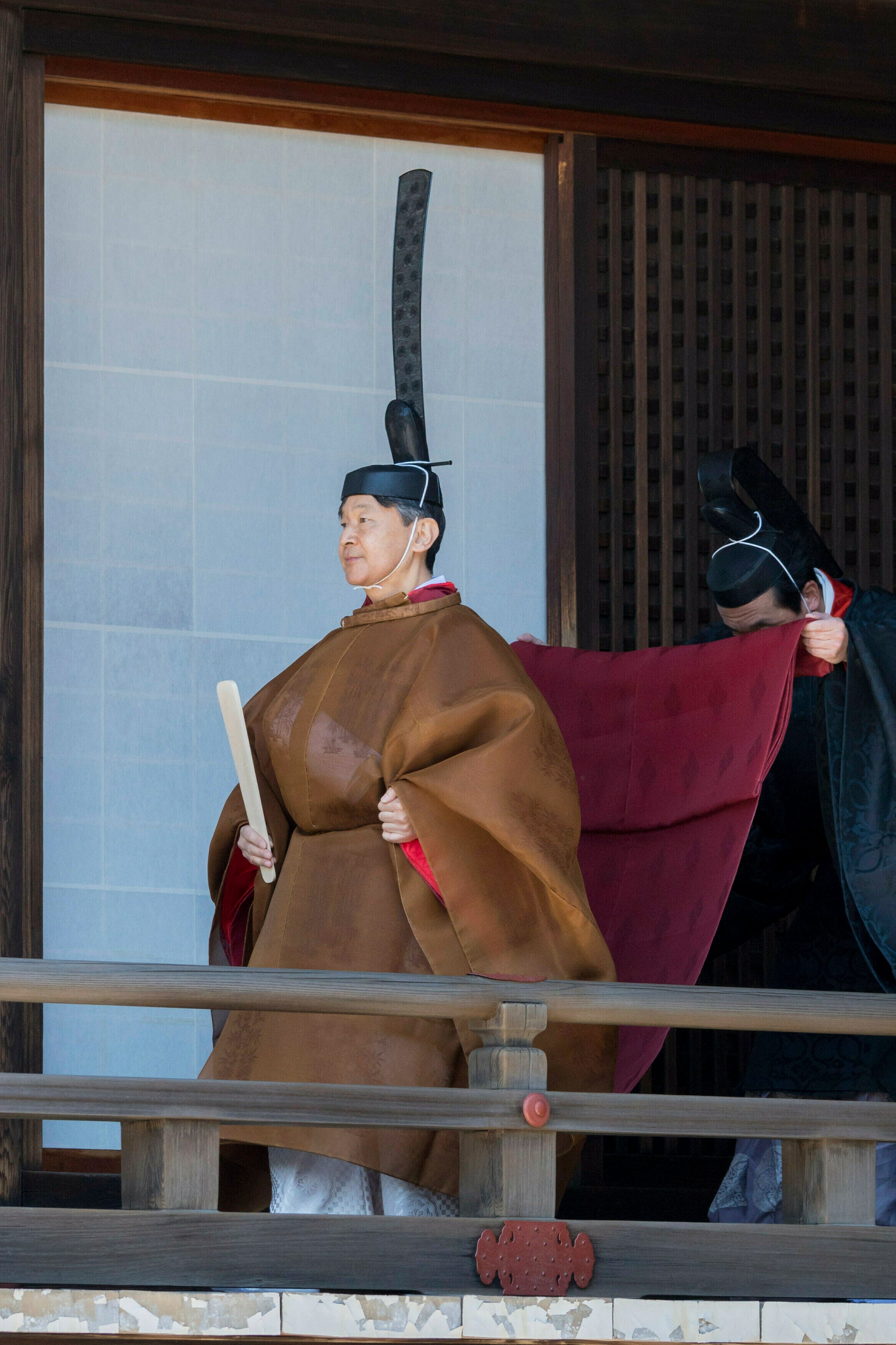 TOKYO — Japan’s Emperor Naruhito performed a Shinto ritual at the palace Wednesday to report to imperial family gods the plans for the main ceremonies of his succession later this year.

Naruhito ascended to the Chrysanthemum Throne on May 1, the day after his father Akihito abdicated.

Naruhito, wearing a headdress and an ancient outfit dyed in the color of burnt orange, prayed at the Kashikodokoro shrine, followed by palace officials who carried the imperial regalia of a sacred sword and jewel he inherited from his father. He later prayed at two other main palace shrines.

Enshrined at Kashikodokoro is the goddess Amaterasu, who is the mythological ancestress of Japan’s emperors.

A main ascension ceremony is planned in October, when thousands of guests from in and outside Japan will be invited, followed by a religious harvest rite in November. The harvest rite is funded by the government, which some experts said could violate the constitutional separation of state and religion. 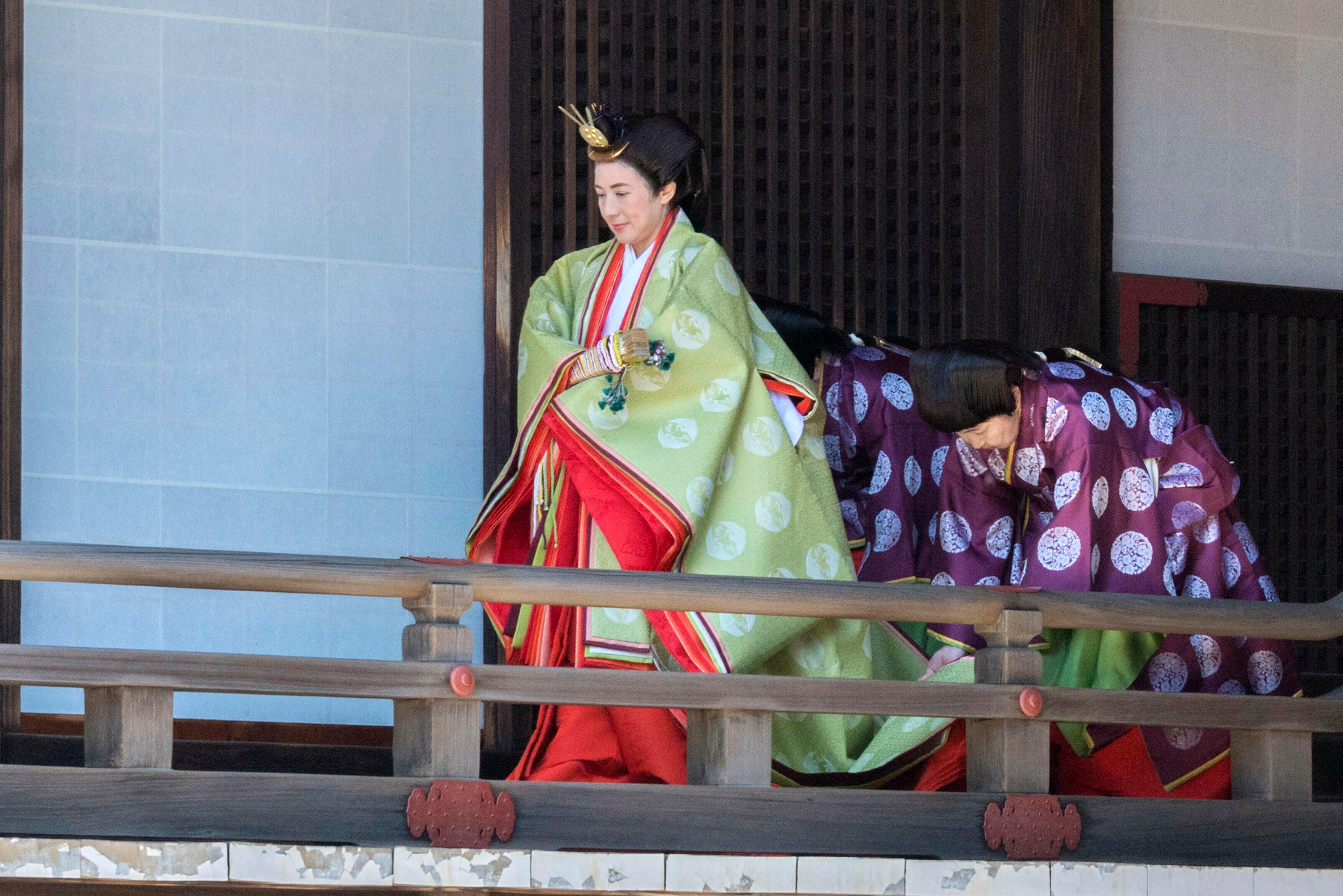 In this photo provided by Imperial Household Agency of Japan, Japan’s Empress Masako, left, in ancient traditional attire, walks for a ritual for Emperor Naruhito to report the dates of the Enthronement Ceremony and Great Thanksgiving Ceremony to the imperial ancestors, at the Imperial Palace in Tokyo, Japan Wednesday, May 8, 2019, (Imperial Household Agency of Japan via AP)

The 59-year-old new emperor is a historian who studied at Oxford. He is Japan’s first emperor born after World War II and the first who has studied overseas.

Naruhito in a statement on his succession pledged to emulate his father in seeking peace and staying close to the people.

Empress Masako also prayed at the three shrines after Naruhito on Wednesday for the first time since 2002 before she largely receded from public appearances due to stress-induced mental conditions. /kga