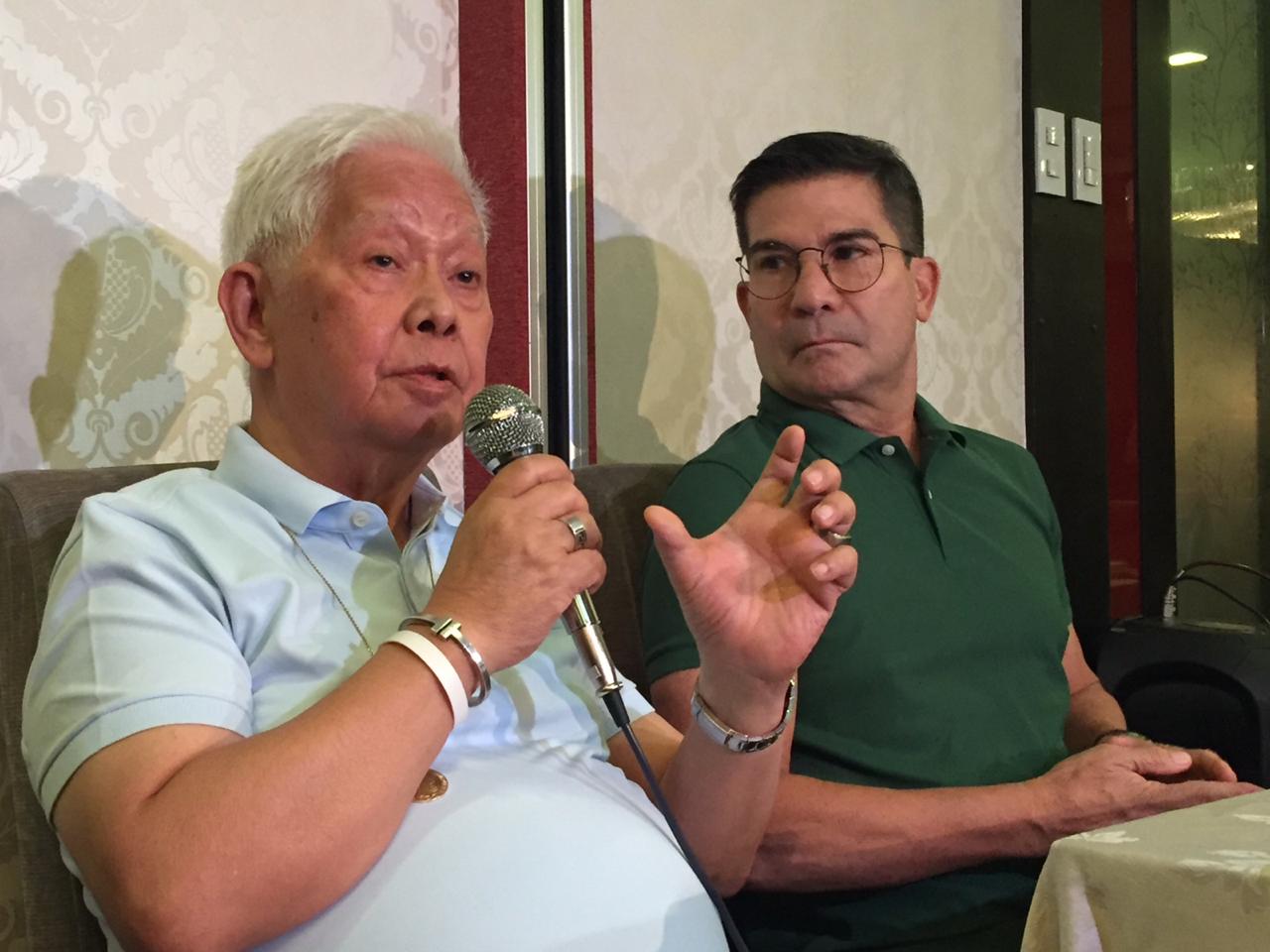 Edu Manzano and lawyer, former Commission on Elections (Comelec) chairman Sixto Brillantes Jr. in a press conference on Wednesday. Brillantes said that Manzano’s camp will file a motion for reconsideration to counter the Comelec Second Division’s decision in revoking his certificate of candidacy. Katrina Hallare / INQUIRER.net

MANILA, Philippines — The camp of actor and San Juan congressional candidate Edu Manzano said that they will file a motion for the reconsideration of his disqualification by the Commission on Elections (Comelec).

Manzano’s camp said they will be filing the motion for reconsideration either on Thursday or Friday.

The Comelec Second Division said Manzano’s certificate of candidacy (COC) was revoked for having committed “false material representation on his citizenship.”

“We’re appealing here not because we want to discuss the merits of the case,” Manzano’s lawyer and former Comelec chairman Sixto Brillantes Jr. said in a press conference.

“It is just that the disqualification ordered by the second division was much publicized, it has generated too much publicity that we want to make sure that the public would know that Edu Manzano is not yet disqualified,” Brillantes added.

Brillantes also added that the decision of the Comelec Second Division is not final.

“Since the election will be on Monday (May 13), there’s no way that the decision of the division rendered only on May 6, Monday, will never become final come election day,” Brillantes pointed out.

“We just want to have some sort of publicity to counter the negative publicity generated by the announcement that he (Manzano) has already been disqualified by a mere division which [it’s] decision is not final, non-executory and not yet imposable,” Brillantes said. /muf