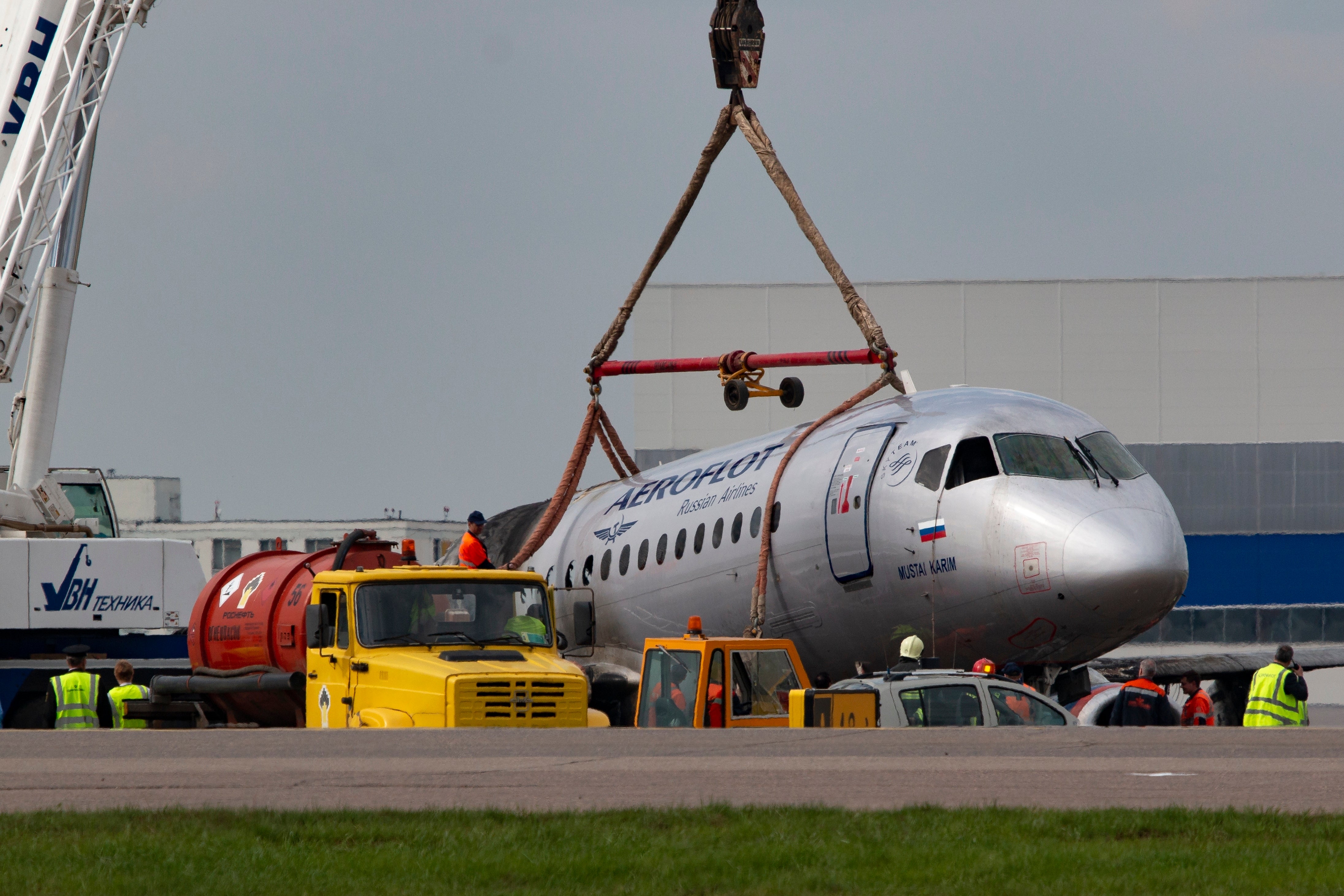 A crane lifts the damaged Sukhoi SSJ100 aircraft of Aeroflot Airlines in Sheremetyevo airport, outside Moscow, Russia, Monday, May 6, 2019. Russian emergency workers have recovered 41 bodies and two flight recorders from the wreckage of the plane that caught fire during an emergency landing in Moscow, officials said Monday as they sought to discover the cause of the disaster. (AP Photo)

MOSCOW — A survivor of the Russian commercial airliner that crash-landed in Moscow on Sunday, killing 41 people, said a flash of lightning was seen moments before the plane began its emergency descent.

Investigators are still working to understand what happened to cause the plane to ignite in a fireball upon landing. A lightning strike is one theory.

Dmitry Kharinin, an engineer and resident of Volgograd told a local news outlet Tuesday he saw the lightning: “It was very strong, and could be heard throughout the cabin.”

Kharinin said he did not witness a direct lightning strike on the Russian-made Sukhoi SSJ100. However, he speculates that the electromagnetic discharge of the lightning may have disabled plane systems.

The plane landed hard, destroying the landing gear and igniting the engines, he said. /kga