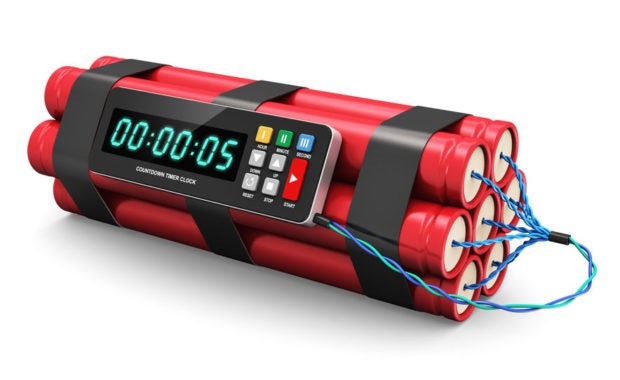 A man from Oregon, United States allegedly used dog feces to make a homemade bomb, in hopes of setting it off on his former friend. After facing felony charges, he posted bail on Thursday, May 2 and got released.

Robb Alexander Stout, 48, collected his dog’s fecal matter alongside other dogs’ to create the device, which was placed in a toolbox to trick his former friend into opening it. According to The Oregonian, Stout was angry at his former friend for not returning one of his belongings.

Stout’s ex-friend reported to the police on April 16 that he opened the toolbox, and according to the probable cause affidavit as per report, “[the bomb] exploded with such force that it sounded like an M80 going off and the dog scat was blown out of the toolbox.”

According to Stout, he and his former friend used to enjoy watching prank videos on YouTube. This could have inspired Stout to create the unusual device.

While his ex-friend was not reported to have sustained any injuries, Stout faced felony charges and was booked into jail on May 2. According to the report, the man then posted bail for $2,000 on the same day and got released.

The next day, Stout was arraigned on a felony charge of unlawfully manufacturing a destructive device. But he may be facing more charges, as the police also found methamphetamine and a sawed off shotgun when they searched his home. Casey Eridio/JB