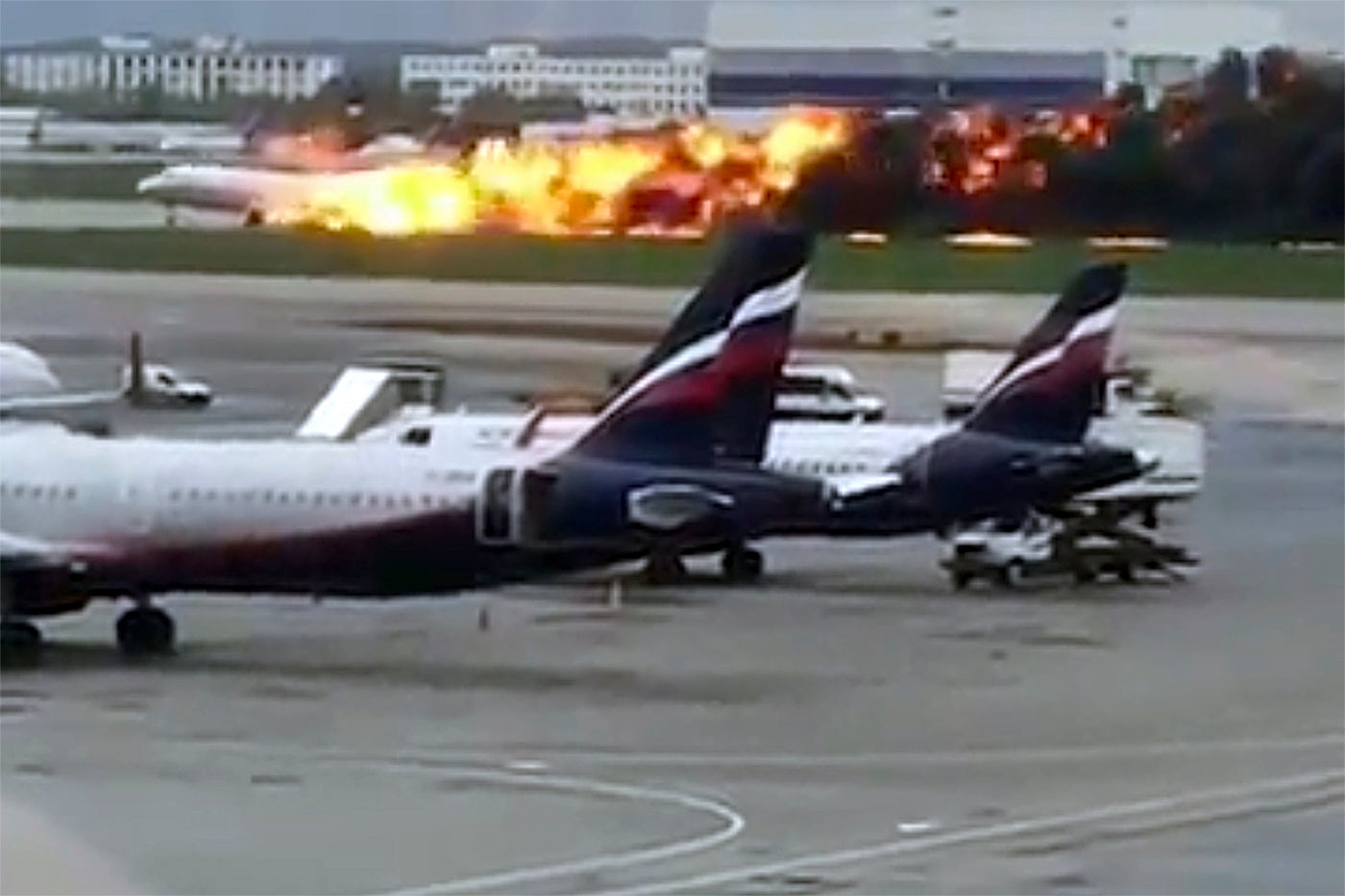 This image taken from video provided by Instagram user @artempetrovich, shows the SSJ-100 aircraft of Aeroflot Airlines on fire during an emergency landing in Sheremetyevo airport in Moscow, Russia, Sunday, May 5, 2019. (@artempetrovich via AP)

MOSCOW — Russian media have quoted the pilot of the airliner that burst into flames during an emergency landing in Moscow as saying the plane was without radio communications because of a lightning strike.

Sunday’s fire killed 41 of the 78 people aboard the Aeroflot plane.

The plane had taken off for Murmansk in stormy weather, but quickly turned back for an emergency landing. The plane made a hard landing and flames erupted.

Pilot Denis Evdokimov was quoted as saying by Zvezda TV and the Komsomolskaya Pravda newspaper that “because of lightning, we had a loss of radio communication.”

State TV quoted flight attendant Tatiana Kasatnika, as saying: “We took off, got into a cloud, there was strong hail, and at that moment there was a pop and some kind of flash, like electricity.”

Russia’s transportation minister said 41 bodies have been recovered from the burned wreckage of an Aeroflot plane at Moscow’s Sheremetyevo Airport.

Minister Yevgeny Dietrich also told reporters in a Monday briefing that six people who survived the disaster Sunday night have been hospitalized.

The plane, a Sukhoi SSJ100, caught fire while making an emergency landing at the airport, after turning back on a flight to Murmansk for unspecified reasons.

Russia’s Investigative Committee said the flight recorders from the plane have been recovered and that investigators are looking into inexperienced pilots, equipment failure, and bad weather as possible causes for the disaster.

Storms were passing through the Moscow area as when the Aeroflot SSJ100 regional jet caught fire during the emergency landing. /kga