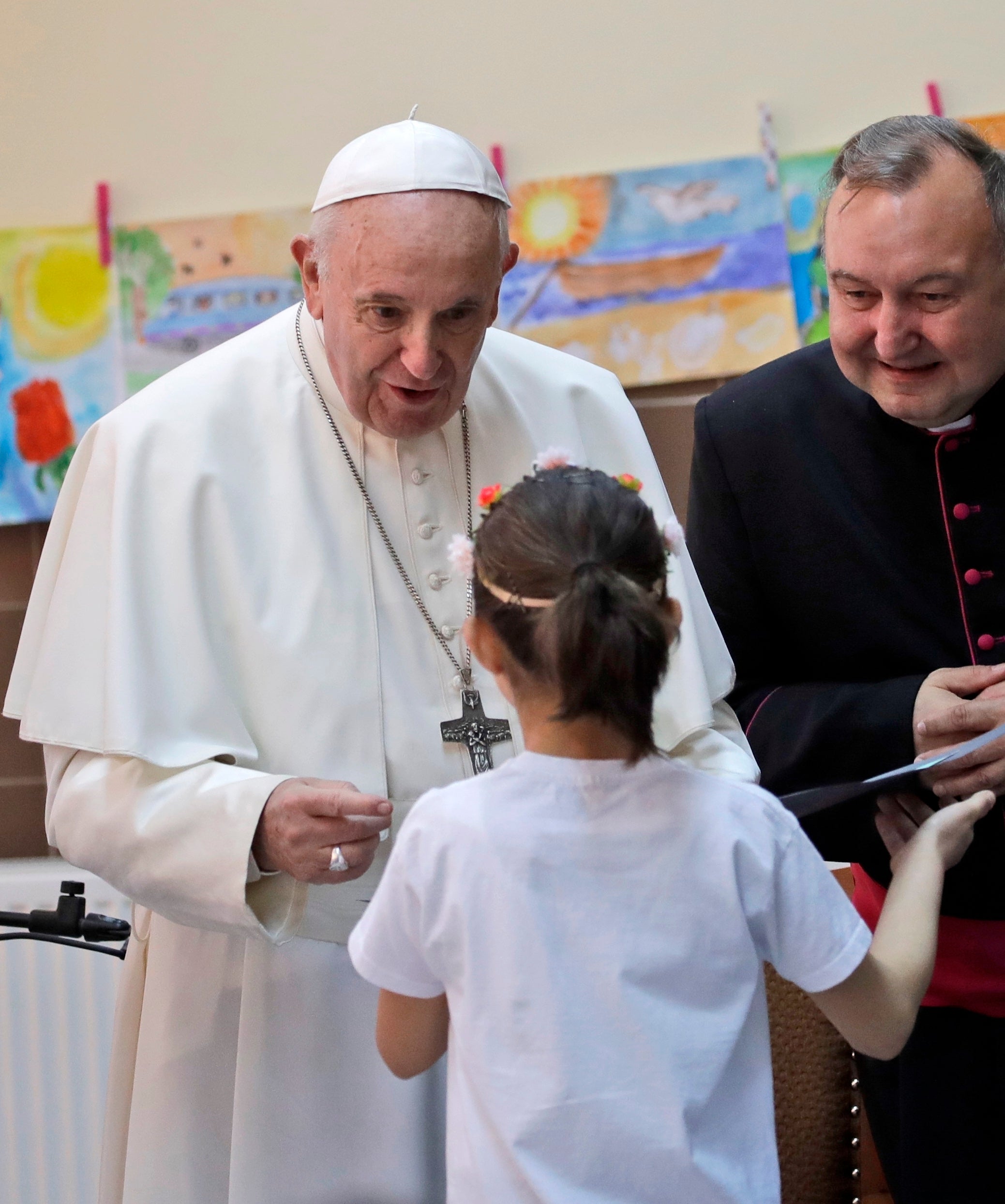 Pope Francis receives a drawing from a girl during his visit to a refugee center on the outskirts of Sofia, Bulgaria, Monday, May 6, 2019. Pope Francis is visiting Bulgaria, the European Union’s poorest country and one that taken a hard line against migrants, a stance that conflicts with the pontiff’s view that reaching out to vulnerable people is a moral imperative. (AP Photo/Alessandra Tarantino)

SOFIA, Bulgaria — Pope Francis is ministering to Bulgaria’s young Catholics, travelling to the Catholic stronghold of Rakovsky for a First Communion Mass and meeting with the local community.

Nearly 250 jittery children in white robes filled the pews of the Sacred Heart church Monday, the girls wearing crowns of white roses. Citing local organizers, the Vatican said some 10,000 people were on hand outside to greet the Pope.

In his homily, Pope Francis told the children that receiving their First Communion was a celebration of communion with the whole church, and he urged them to share that joy with others.

Later, he engaged in a Q&A session with the kids, explaining to them the basics of the sacrament and living a Christian life in Italian that was then translated into Bulgarian.

Pope Francis also met with refugees in Bulgaria’s showcase refugee center and told them they are bearing the “cross of humanity,” after he urged the migrant-skeptic government to not close its eyes to their suffering during a visit to the Balkan nation.

Refugee children from Iraq, Pakistan, and elsewhere sang for Pope Francis also on Monday at the Vrazhdebna center, located in a refurbished school on the outskirts of Sofia, the Bulgarian capital.

Bulgaria’s center-right government has been criticized by human rights groups and the European Council for its treatment of asylum-seekers, particularly unaccompanied minors.

Pope Francis is on the second-day of a three-day visit to the Balkans. /kga