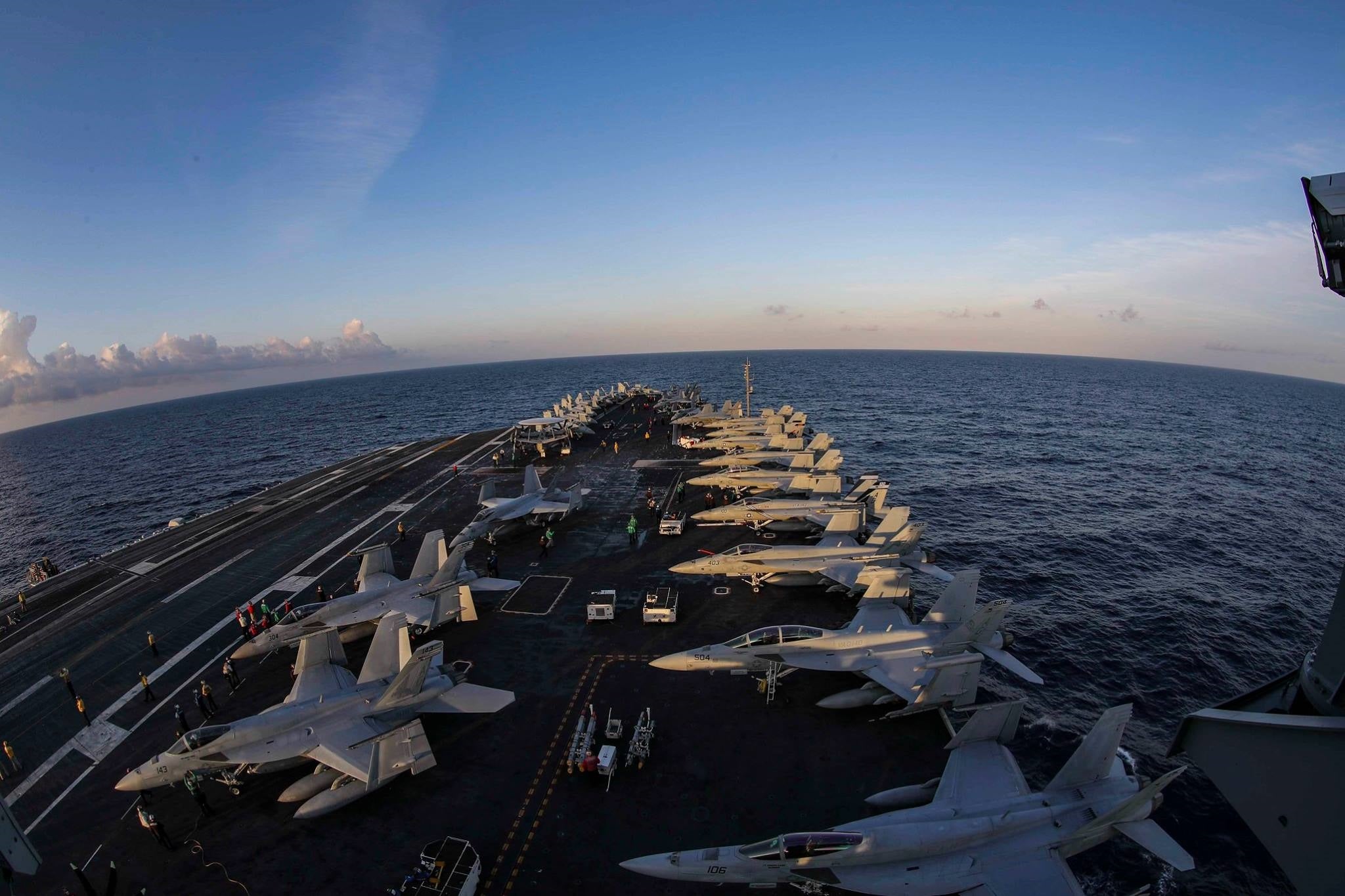 The flight deck aboard the Nimitz-class aircraft carrier USS Abraham Lincoln (CVN 72). The Abraham Lincoln and its strike group is being deployed to the Middle East as a “clear and unmistakable” message to Iran, National Security Advisor John Bolton said Sunday, May 5, 2019. US NAVY PHOTO / MCS 3RD CLASS GARRETT LABARGE

“In response to a number of troubling and escalatory indications and warnings, the United States is deploying the USS Abraham Lincoln Carrier Strike Group and a bomber task force to the US Central Command region,” Bolton said in a statement.

The deployment is aimed at sending “a clear and unmistakable message to the Iranian regime that any attack on United States interests or on those of our allies will be met with unrelenting force,” Bolton said.

“The United States is not seeking war with the Iranian regime, but we are fully prepared to respond to any attack, whether by proxy, the Islamic Revolutionary Guard Corps, or regular Iranian forces.”

The statement did not specifically state why the deployment is taking place now, but it comes during a deadly escalation between Gaza-based Palestinian militants and Israel in which the two sides have traded a barrage of rocket fire and air strikes in recent days.

The deployment also comes amid heightened tensions between Washington and Tehran over the latter’s nuclear program, with the US taking aim at Iranian enriched uranium exports with sanctions. /cbb