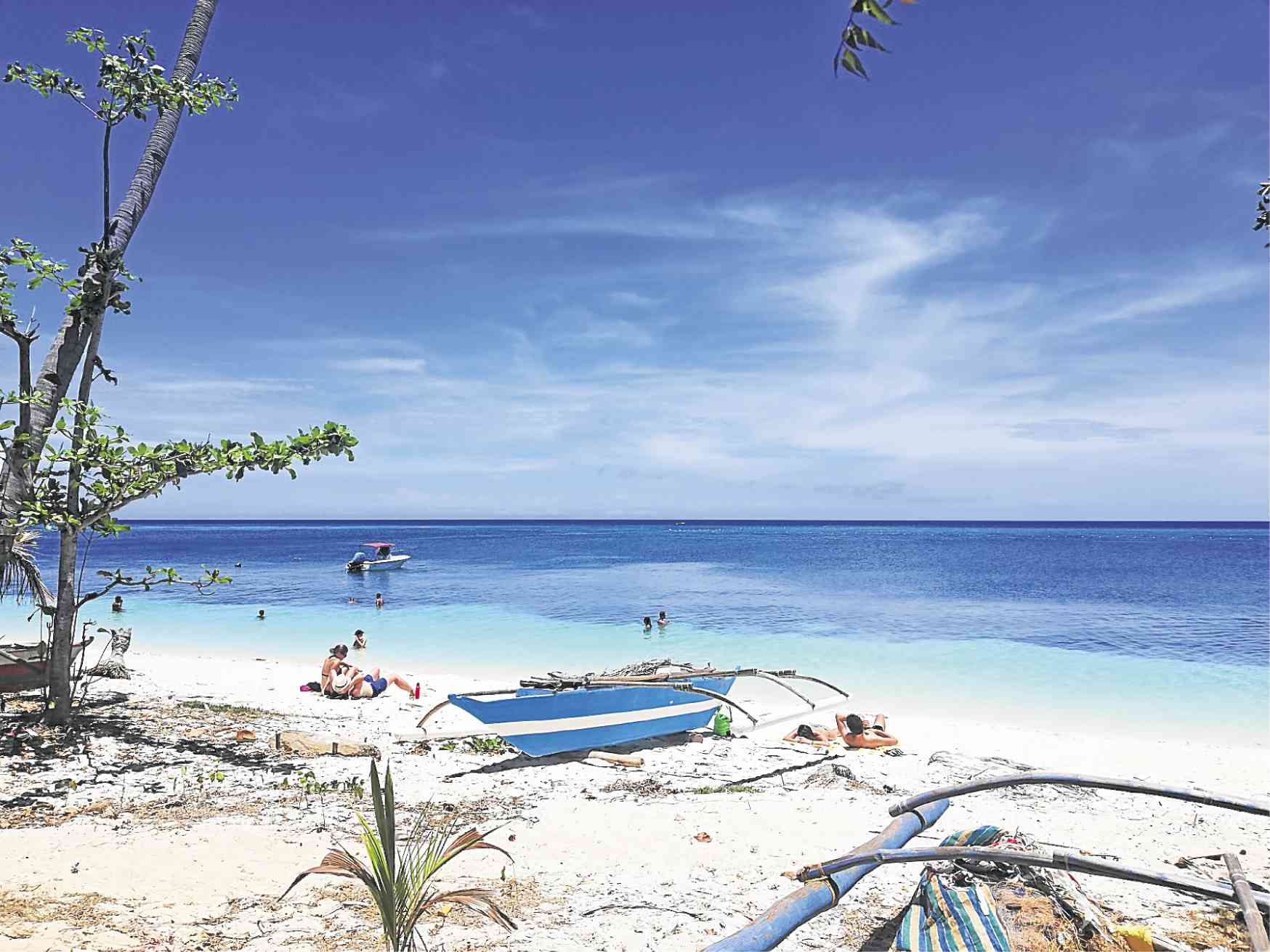 SIQUIJOR, Siquijor — It may be known for potions and witchcraft, but the island-province of Siquijor is more than that.

Its white sand beaches and sparkling blue waters can give Boracay Island in Aklan province a run for its money.

If beaches are not your thing, the island is also teeming with lagoons, springs and waterfalls just waiting to be explored. 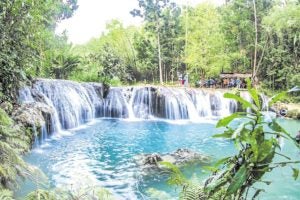 MAJOR ATTRACTION The clear waters of the three-tiered Cambugahay Falls in Lazi town is among the favorite tourist destinations in Siquijor province. —EDELIZA V. MACALANDAG/CONTRIBUTOR

The entire island can be toured by motorbike in just six hours, but there are places worth spending more time to get a complete Siquijor experience, even for 48 hours.

First stop: St. Francis de Assisi Church in the capital town of Siquijor, a walking distance from the port.

A few meters from the church, in the middle of a plaza, is the bell tower that once served as lookout for sea raiders during the Spanish colonial period.

Take a 30-minute drive to Lazi town and check out Cambugahay Falls, known for its three-tiered waterfalls that drop to three lagoons of clear turquoise waters.

The water flows into small natural pools for swimming before it reaches Lazi Bay. 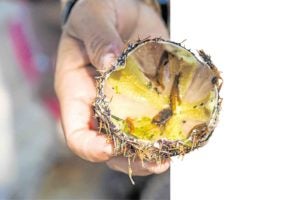 Smaller waterfalls above Cambugahay are perfect swimming areas for children since these are shallow.

The adventurous can try swinging on a rope tied to a tree before dropping into the water. It comes with a price, though: P20 per jump.

Cambugahay Falls is open up to 5 p.m., but there are other falls to visit, such as Lagaan, a few kilometers away.

Visitors are charged P50 each before they can swim in the wide lagoon where water is clear and cold.

Tourists can also swing on ropes or slide into the water, or explore the cave behind Lagaan.

About 10 km away is Lugnason Falls at Barangay Napo in San Juan town. It is higher than Cambugahay and Lagaan at 15 meters, and its water comes from an upland spring spilling from a cliff of limestone wall. 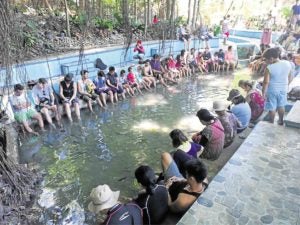 Only a few people go to Lugnason, which is in the middle of a forest with no clear road. Chances are you can enjoy the lagoon—

about 20 m wide—all by yourself.

Before going back to the hotel, drop by Tating’s Ice Creamier in San Juan’s town center.

On the second day, head to the beach.

The Paliton public beach in San Juan, about 1.5 km from the main road, is famous for its powdery, white sand that could very well match Boracay’s. The view is stunning: rock coral formation to the right and coconut trees lining up the entire stretch. 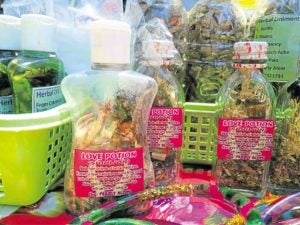 Visitors can buy herbal medicines, love potions and other concoctions in Siquijor.—PHOTO BY LEO UDTOHAN

Since Paliton has a marine sanctuary, it is best for snorkeling or scuba diving.

A few meters away is a secret cove for those who want seclusion. It offers a magnificent view of sunset’s changing hues.

There are other beaches to visit.

Dumanhog Beach in Siquijor town has white sand, even during low tide, and greenish-blue water.

In Maria town, Salagdoong Beach has a resort where visitors can stay overnight or put up tents.

Although the beach is rocky, its calm and crystal-blue water is ideal for swimming. Divers can jump from two platforms, 7 and 10 m high. 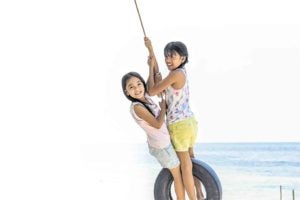 On the way back to the hotel, head to the 400-year-old balete tree at Barangay Campalanas in Lazi town, which is believed to be enchanted.

Locals say the tree is home to mythical and supernatural creatures. Its hanging roots and vines create eerie feelings.

But the real dwellers are the doctor fish, or garra rufa, in the spring below it.  The fish give a good foot cleansing, nibbling at dead skin and doing micromassage for only P10 paid to the area’s caretakers.

Vendors near the tree sell potions and amulets for just about anything—love, healing, energy or relaxation.

Of course, never leave Siquijor without tasting its seafood dishes.

Fresh sea urchins (“salawaki”) are sold along the beaches and can be eaten raw.

Aside from the usual peanut brittle and banana chips, pass by Lilibeth Pan Bisaya along the national highway in Enrique Villanueva town, which sells bread baked in charcoal oven. It offers “tortang Visaya” (spongy, sweet and oily “mamon” that uses “tuba,” a fermented coconut wine, as leavening agent) and pan Bisaya, a kind of bread with caramelized coconut as filling.

While Siquijor is still known for shamanism and witchcraft, several tourists have grown to love the island and have become frequent visitors.

“It is still a wonderful and magical island. The place is nice and the people are friendly,” says Regil Torralba Gucor, who has been there twice.

Take a ferry from Cebu City, Dumaguete City in Negros Oriental province or Tagbilaran City in Bohol province, which are all accessible by airplanes from Manila.

Siquijor is the third smallest province in the country with only six towns—Larena, Enrique Villanueva, Lazi, Maria, San Juan and Siquijor, the capital. It has a land area of 343.5 square kilometers and a population of 90,000 (as of 2015).

Its native name is Katugasan, after the “tugas” (molave) tree that was once abundant on the island.

Spanish colonizers called it “Isla del Fuego” (Island of Fire) due to the swarm of fireflies they found there. They later renamed it Siquijor.

Take a ferry from Cebu City, Dumaguete City in Negros Oriental province or Tagbilaran City in Bohol province, which are all accessible by airplanes from Manila.