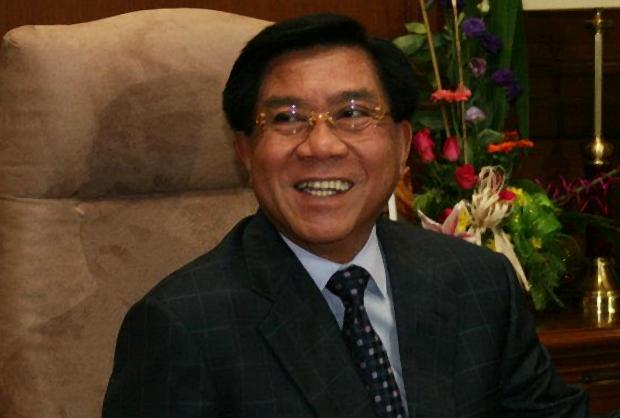 “Papa passed away peacefully, surrounded by his family. May we please ask for your continued prayers,” Cabinet Secretary Karlo Nograles, Nograles’ son, said in a statement issued on Saturday.

“Our family would like to express our deepest gratitude to all of you for being a part of Papa Boy Nogie’s life and journey,” added the younger Nograles in the statement.

The Cabinet Secretary said his father “passed away peacefully, surrounded by his family.”

“May we please ask for your continued prayers. He is finally at peace,” he said.

The family did not release details on the cause of his death.

Details of the wake to follow, the statement further read.

The older Nograles, fondly known as Boy,  served as House Speaker from 2008 to 2010, during the time of administration of then President Gloria Macapagal Arroyo, who is now 2nd District Pampanga representative.

Nograles was also known as a political rival of President Rodrigo Duterte.

The rivalry between Nograles and the President spanned almost two-decades and had its height when Nograles ran for Davao City mayor in 2010. However, he lost to the President’s  daughter, Sara Duterte-Carpio.

The two made amends in September 2017, with Nograles saying he was sorry for “whatever heartaches we had” during their rivalry.

In November last year, the President appointed Nograles’ son Karlo to the Cabinet. The younger Nograles served as Davao City 1st District representative before his appointment as Cabinet Secretary.

“I and my family, including all of the Dabawenyos, join you in your grief and we could only comfort you in this time deep sorrow. Rest in peace Manong Boy.”

The wake of Nograles will be held Chapel 1 of Heritage Park in Fort Bonifacio, Bonifacio Global City in Taguig.

Public viewing will be from May 5 up to May 6, according to a follow-up statement by Karlo.

The former House Speaker’s remains will then be flown to Davao on May 7, the statement added.