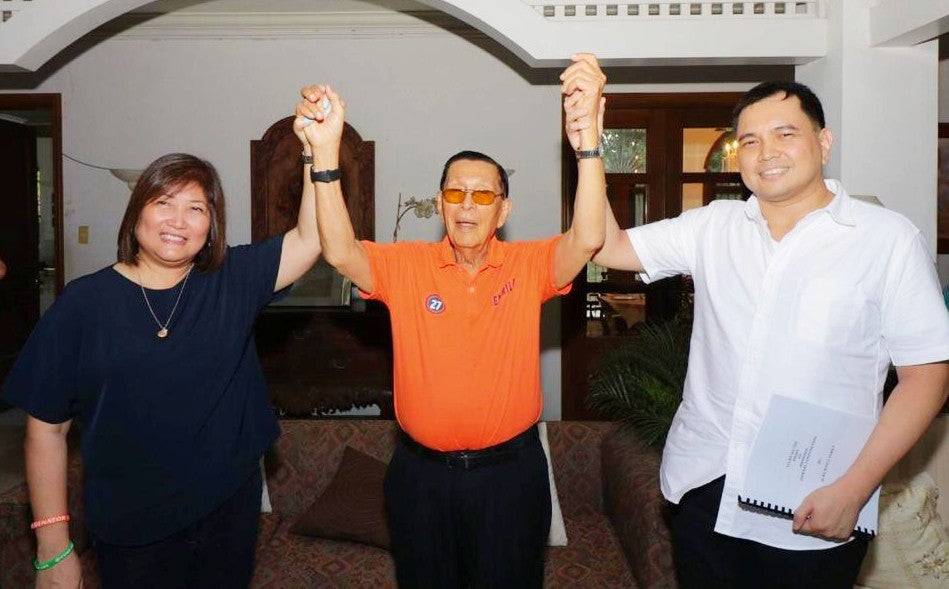 MANILA, Philippines — With an estimated P8 billion damage in agriculture due to the ongoing El Niño phenomenon, former Senate President and lead proponent of the People’s Survival Fund (PSF) Juan Ponce Enrile has called on government to enhance the implementation of the program to finance the adaptation of the country to the worsening effects of climate change.

The PSF bill, which Enrile authored in 2010, is the government’s finance program aimed at funding climate change adaptation projects proposed by local government units and organizations. Signed into law as Republic Act 10174 in 2012, the fund has an annual minimum budget of P1 billion.

“When I authored this law in 2010, the country was not yet reeling from the effects of climate change as it is now. What we are experiencing this year – the El Niño and the shortage in water supply, irrigation, and power produced by it – is alarming,” the former senator lamented as he visited farming areas in Zambales and Bataan yesterday.

Enrile, who is vying for his fifth term in the Senate this year, said that government already “has laws in place to build the resilience of local communities against drought and other phenomena.”

“The fund is meant to help communities that are at risk of drought, flooding, and other disasters. There are many farming communities here in Luzon, for instance, that have lost millions of pesos due to the El Niño,” Enrile explained.

“What the fund can do is to pay for local projects designed for that specific community or village that will ensure this does not happen again next year or in the years after,” he added.

The projects can also tackle prevention of diseases triggered by climate change, warning systems for climate-induced disasters, and risk insurance programs for farmers and workers.

Only local government units and accredited local organizations can apply for projects under the PSF.

“The People’s Survival Fund is not a cost; it is an investment. Climate change is the greatest crisis this world will ever face, and the government will fail in its task to take care of the people if it will not help them become more resilient in these alarming times,” Enrile said.

In his campaign in Central Luzon on Wednesday and Thursday, Enrile was also welcomed by supporters in Olongapo and Iba in Zambales; and Bagac, Mariveles, Dinalupihan and Balanga in Bataan.  /muf