DLSU grad on landing in Bar top ten: I thought it was fake news 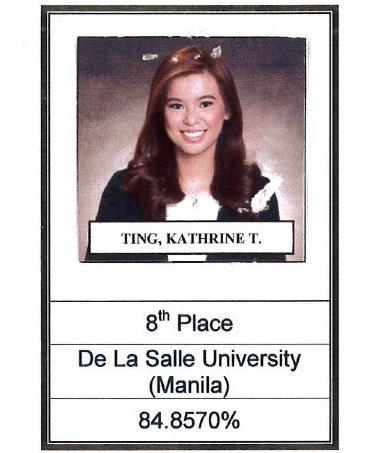 MANILA, Philippines — “I thought it was fake news.”

This was the reaction of Kathrine Ting, a graduate of De La Salle University (DLSU) School of Law,  when she found out that she landed in the top ten of the 2018 Bar exam passers.

“I was in the living room, I was with my family. We were all waiting for the results, and everyone was so anxious when the top ten came, [and] my name was there, I can’t believe it. Akala ko fake news (I thought it was fake news),” Ting told CNN Philippines through a phone patch on Friday.

The DLSU graduate said she wants to focus on becoming a good lawyer by serving the people instead of pursuing “fame.”

Ting also said she is the first lawyer in the family and she is thankful to her parents.

“I am the first one to be in the family, and I am really lucky. I think they [parents] can’t believe it too. They were so happy and so proud,” Ting said. /ee