NEW DELHI – Hundreds of thousands of people were evacuated along India’s eastern coast on Thursday as authorities braced for a cyclone moving through the Bay of Bengal that was forecast to bring extremely severe wind and rain.

The India Meteorological Department in New Delhi said Cyclone Fani was expected to make landfall on Friday with gale-force winds of up to 200 kilometers (124 miles) per hour likely starting Thursday night.

It warned of “extremely heavy falls” over parts of the state of Odisha and its southern neighbor Andhra Pradesh. 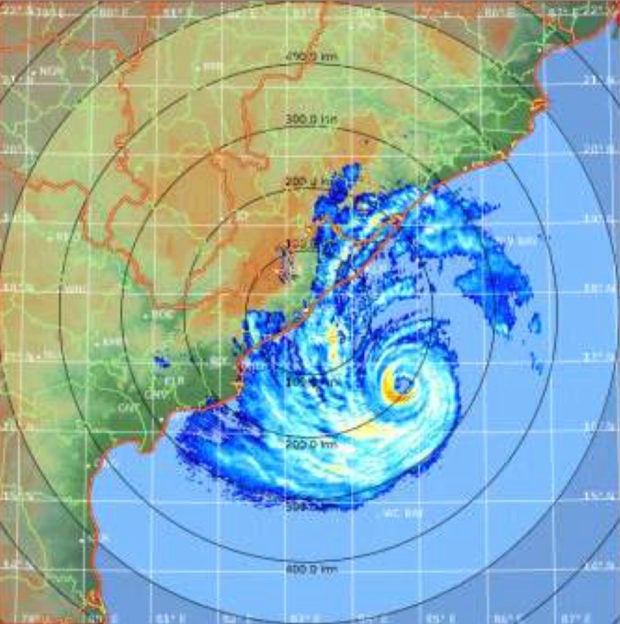 In this satellite image acquired from the Indian Metrological Department, shows Cyclone Fani in the Bay of Bengal on Thursday, May 2, 2019. Hundreds of thousands of people were evacuated along India’s eastern coast on Thursday as authorities braced for a cyclone moving through the Bay of Bengal that was forecast to bring “extremely severe” wind and rain. (Indian Metrological Department via AP)

India’s National Disaster Management Authority forecast “high to phenomenal” sea conditions for most of the Indian states along the Bay of Bengal.

Fishermen were advised not to venture into deep waters. A 1.5-meter (4.9-foot) storm surge was expected to inundate low-lying areas.

Fearing that Fani could be the worst storm since 1999, when a cyclone killed around 10,000 people and devastated large parts of Odisha, Indian officials put the navy, air force, army and coast guard on high alert, the Press Trust of India news agency reported.

Prime Minister Narendra Modi met with Cabinet ministers and weather and disaster-response officials for a briefing on the measures being taken.

The Meteorological Department projected “total destruction” of thatched-roof huts, flooding of farmland and orchards, and the uprooting of telephone poles.

India’s special relief commissioner told PTI that preparations for Fani include the country’s largest evacuation operation, of more than 800,000 people. Tourists were asked to leave the popular beach town of Puri in Odisha by Thursday night.

More than 800 shelters were opened and around 100,000 dry food packets were ready to be airdropped.

Fani was also forecast to hit Bangladesh, tracking north through ports including Cox’s Bazar, the coastal district where more than a million Rohingya refugees live in refugee camps. /gsg