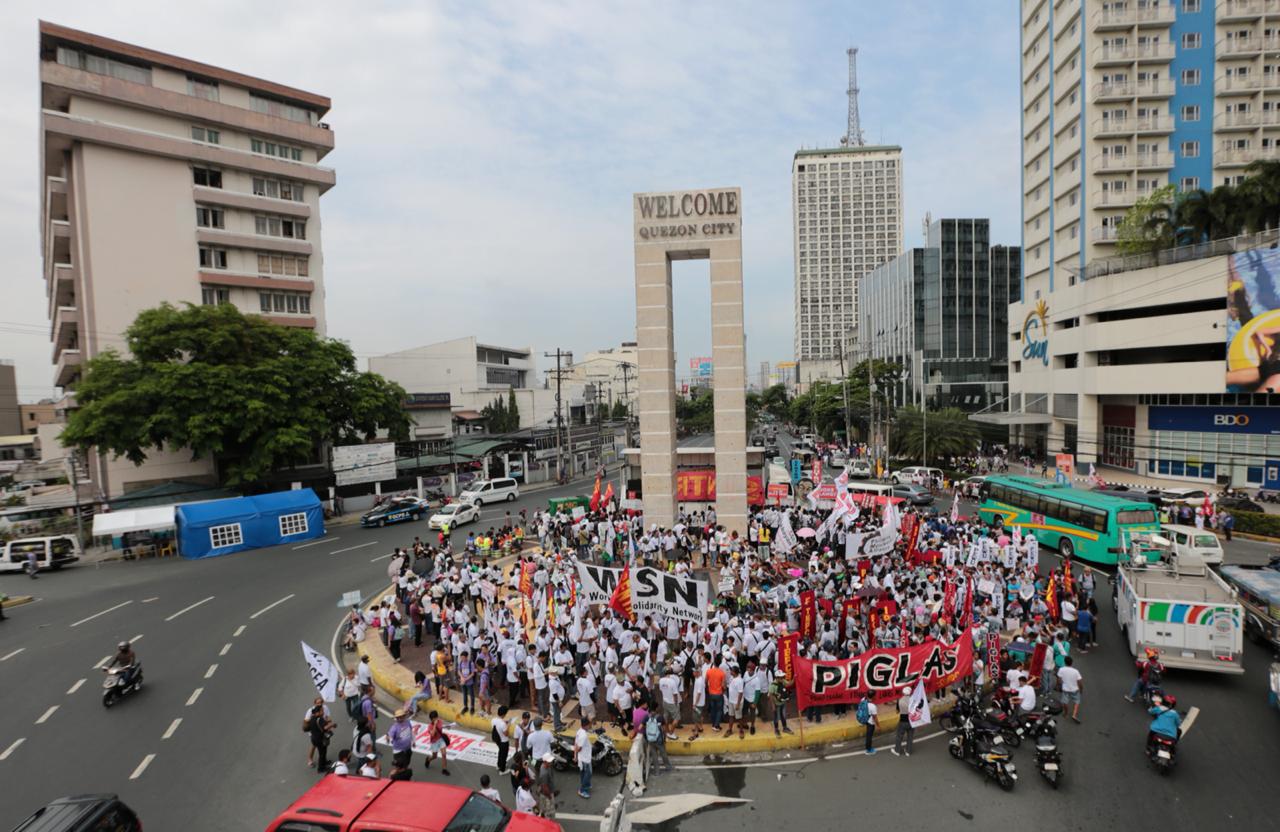 Workers gather at the Mabuhay Rotonda on Wednesday, May 1, 2019, to mark Labor Day. INQUIRER PHOTO/GRIG MONTEGRANDE

Labog issued the statement after Philippine National Police (PNP) chief Director Oscar Albayalde said that the KMU should explain why there were jobless Filipinos in the country.

“I hope Gen. Albayalde would not pass on to us the major issues & responsibilities which are bothering our workers and people and which in the first place govt should address!” Labog told INQUIRER.net in a text message late Wednesday.

According to Labog, the grievances of the workers became evident during the protest actions done on Labor Day across the country.

Militant groups and other labor organizations trooped first in Welcome Rotonda, in Quezon City before marching towards Mendiola Peace Arch in Manila, and ending its program in Liwasang Bonifacio.

Among the call of laborers is the end of contractualization and denounced the impending federalism in the country.

“The mammoth crowd that attended today’s march & protests in Metro Manila & many regions (which for sure the police & Duterte government will downplay) is a testimony that they are in consonance with our demands!” Labog said.

“We believe they could easily relate & feel what we are talking about. They came on their own commitment & volition,” he added

According to police data, around 8,200 people participated in Labor Day demonstrations nationwide. /cbb