Taliban: Fresh round of talks with US peace envoy starting

KABUL, Afghanistan – The Taliban say a fresh round of talks with U.S. peace envoy Zalmay Khalilzad is to start in Qatar, where the religious movement maintains a political office.

He was in Pakistan on Tuesday. 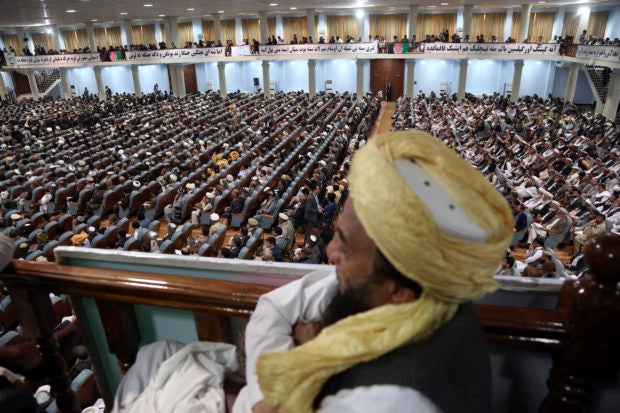 Taliban spokesman Zabihullah Mujahid told The Associated Press that Wednesday’s talks will be the sixth round of direct meetings with Khalilzad since his appointment last year.

The talks come as Afghan President Ashraf Ghani is holding a grand council this week of more than 3,200 Afghans to hammer out a common approach to peace talks with the Taliban.

The Qatar talks are narrowly focused on U.S. troop withdrawal and Taliban guarantees that Afghanistan will not be used to stage global terrorist attacks. /gsg