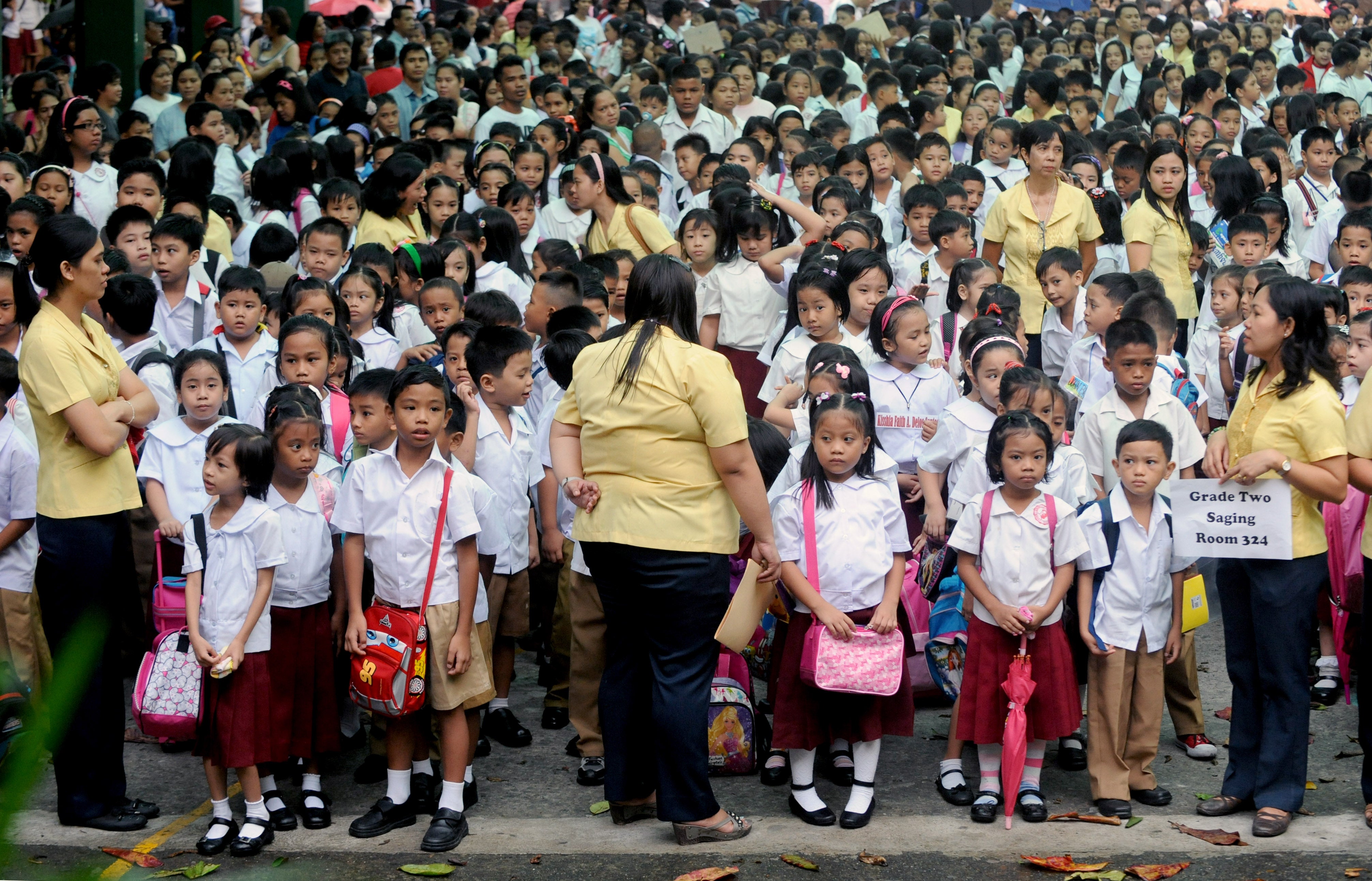 MANILA, Philippines — Nine teachers’ federations sent a letter to the Office of the President on Tuesday to remind President Duterte of his vow to substantially increase teachers’ salaries, which presidential spokesperson Salvador Panelo said in January would be done in “two or three months.”

The letter made an explicit appeal to the President as the son of a public school teacher, asking him to tap into the “soft spot in your heart” for those in the vocation, who for years had longed “to achieve a decent standard of living which corresponds to the value of their profession.”

READ: ‘We must properly compensate our teachers’ – Sonny Angara

The President has promised to double teachers’ salaries ever since the days of his then nascent campaign for the presidency.

“These salary increases — I will put teachers next,” he again said in July 2016, after announcing a sizeable wage increase for uniformed personnel.

“If you want quality teachers, you have to give them quality pay,” Cristina Manalo, president of the Philippine Public School Teachers Association’s Metro Manila chapter, told the Inquirer. “If we don’t act now, then who is going to act for teachers?”

On Jan. 10, the President suggested without offering specifics that this year he would finally make good on his word.

“I am willing to strike a deal in the presence of [Education] Secretary Leonor Briones for the teachers,” he said in a speech in Bulacan province.

But up to now, according to Manalo, no one has reached out to them to set a meeting.

“Our federations and associations are very much willing to hold a dialogue with your office for a covenant signing for salary increase of teachers,” the groups wrote to the President.

The Alliance of Concerned Teachers (ACT), the government-accredited negotiating body for public school faculty and personnel, has long demanded a P30,000 entry-level salary for teachers from the current P20,179.

The federations wrote that several teachers in Metro Manila, saddled with debt, had a net take-home pay of only about P5,000 a month.

“With the meager salaries that our teacher-members are receiving and the skimpy increase in their salaries with the present Salary Standardization Law, most of them cannot anymore cope with the rising prices of basic commodities and services,” they wrote.

Mr. Duterte’s continuing failure to deliver on his campaign promise has pushed teachers to resort to increasingly creative means to call attention back to the issue.

On Tuesday, ACT members staged a protest, eating rice from plates partnered with cutout photos of ham, milkfish and other main courses “to illustrate their incapacity to afford basic needs due to lacking salaries.”

“Our breakfast is as empty as the President’s promise,” said ACT chair Joselyn Martinez.