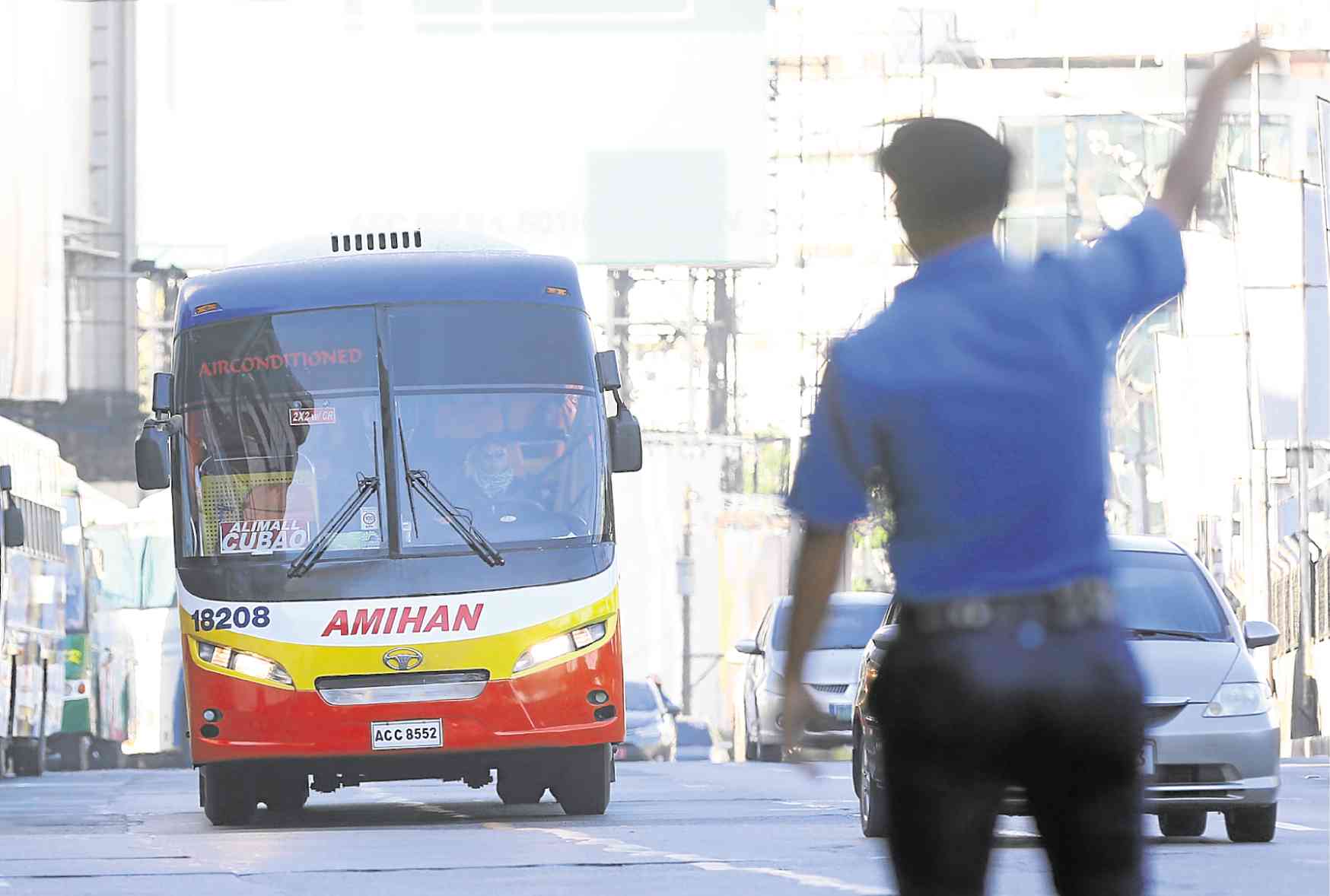 OFF-LIMITS With the closure of their terminals on Edsa, provincial buses will no longer be allowed to enter the metropolis starting in June. —NIÑO JESUS ORBETA

MANILA, Philippines — The Metropolitan Manila Development Authority (MMDA) said on Tuesday it was standing by the “wisdom” of its resolution shutting down provincial bus terminals on Edsa despite a challenge being filed in court.

Bong Nebrija, MMDA traffic chief, said in an interview that the petition for a temporary restraining order filed on Monday by AKO Bicol partylist group in the Supreme Court was “part of the democractic process.”

He stressed that the resolution remained “one of the best alternatives” to decongest the metropolis.

“What alternatives do you have for us here in Metro Manila?” Nebrija asked. “It’s easy to kill a policy. But if we just keep on opposing [every policy], it’s going to be difficult [for us] to keep doing our job.”

MMDA Resolution No. 19-2, which will take effect in June, urges local governments to revoke or stop the issuance of business permits to provincial bus terminals on Edsa.

In its petition, AKO Bicol claimed the resolution was void from the start because it was an exercise of police power the MMDA did not possess.

“We know we have no police power. That’s why the resolution only urges local government units to close down the terminals in their area,” Nebrija said.

He refuted AKO Bicol’s claim that the measure ran contrary to the Public Service Act by removing bus operators’ terminals—a requirement for maintaining their franchise.

If implemented, the resolution would affect some 47 provincial bus terminals on Edsa.

“We never said that we would be abolishing their terminals. We always maintained that we needed to move them. We are only transferring them,” Nebrija said.