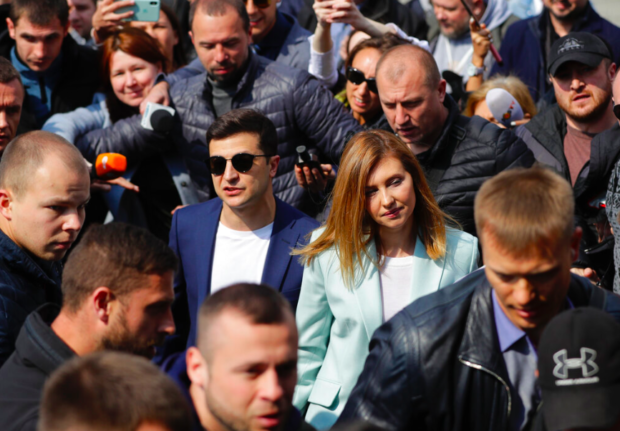 In this file photo dated Sunday, April 21, 2019, Ukrainian comedian and presidential candidate Volodymyr Zelenskiy (center left) and his wife Olena Zelenska, arrive at a polling station, during the second round of presidential elections in Kiev, Ukraine. AP

The Central Election Commission on Tuesday presented the official results of the April 21 vote, showing Zelenskiy beat incumbent President Petro Poroshenko by winning 73% of the vote.

Zelenskiy has criticized election authorities for dragging their feet on naming him the official winner, which reduces his chances of disbanding the parliament. Zelenskiy will be able to call an early election in the parliament, which is currently dominated by the allies of the outgoing president, only if he is sworn in before May 27.

The parliament now has a month to set the date for the inauguration ceremony. /ee