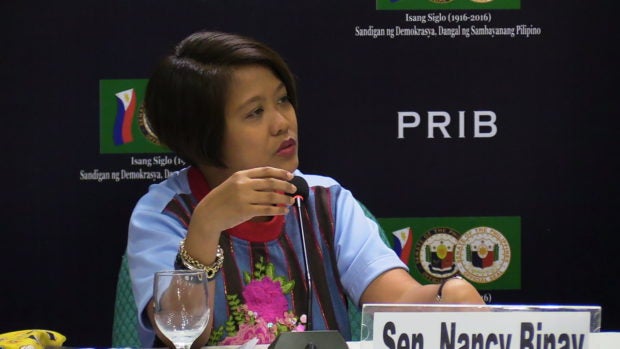 “We’re seeking for justice, and we’re looking for answers. Monette’s murder has a chilling effect on the family and supporters of Mayor Jun,” Nancy said in a statement

Nancy said she wrote a letter to PNP chief Oscar Albayalde last April 26, which stated: “I would greatly appreciate if your office could share with us initial leads and provide us with details of any significant developments since the start of the investigation.”

The senator likewise backed her brother’s earlier proposal to the PNP to consider Makati City as an election hotspot.

“We will keep knocking on the doors of those in charge of the investigation until the perpetrators are found and duly convicted, and punished to the full extent of the law,” Nancy said.

Former Vice President Jejomar Binay previously offered a P1 million bounty to anyone who could provide information on mastermind/s of Bernardo’s death. /gsg