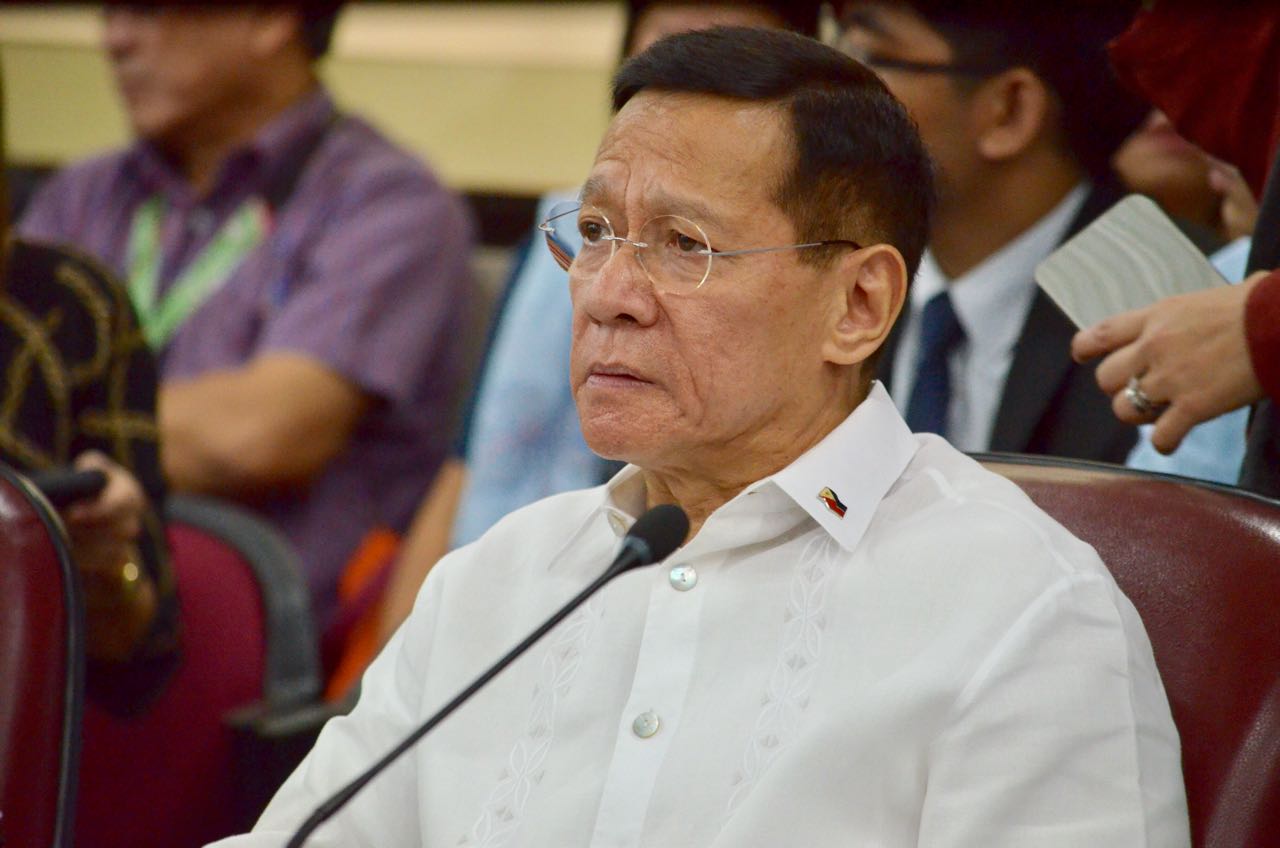 Health Secretary Francisco Duque III attends the hearing on the Dengvaxia controversy at the House of Representatives on Monday, Feb. 5, 2018. (Photo by NOY MORCOSO / INQUIRER.net)

MANILA, Philippines — Unused funds earmarked for the Department of Health (DOH) continue to balloon – with some P9 billion unused funds in 2018, a lawmaker pointed out Monday.

Facing the House joint congressional oversight hearing on the performance and expenditures of the health agency, DOH Secretary Francisco Duque III even added their unused funds in 2017 and 2018 were P6 billion and P9 billion, respectively.

DOH’s presentation during the hearing noted the following reasons for low budget utilization:

1. Delay in the obligation of the Health Facilities and Enhancement Program (HFEP) was because of “bid failure due to no bidders; non-compliance of documents and cancellation of bids in Q4 of 2018; and issues on implementation readiness.” For the delay in the disbursement for HFEP, the reasons cited were “payment on construction project is by progress billing and late submission of billing by the external clients.”

2. Delay in the obligation of Public Health Programs was due to “cancellation of procurement due to limited warehouse space,” while the delay in disbursement was attributed to “delivery of goods was scheduled in Q1 of 2019, limited warehouse space thus goods cannot be delivered on time, changes in the requirement prior to payment (i.e. CPR) and delays in quality checks for procured commodities.”

According to DOH, the agency’s average obligation rate in 2017-2018 was 95 percent while their disbursement rate was 62 percent.

Acop then hit Duque for blaming the new cash-based budgeting system for a lower budget in 2019.

“(You said that) the reduction of your budget in 2019 is due to the transition of government to cash-based budget programming… Or is it because through the years from 2002 up to the present, Mr. Secretary, marami po kayong pondo na hindi nagagamit at palaki ng palaki according to the records?” the lawmaker asked.

“Every year humihingi po kayo ng increase ng pondo eh. But when you look at your absorptive capacity pababa ng pababa, and your unused appropriation would have an increasing trend,” he added.

Duque maintained he opposed the cash-based budgeting because some health facilities could not be constructed within a year.

Department of Budget and Management (DBM) Secretary Benjamin Diokno had explained that under the new system, all government programs and projects budgeted for the fiscal year should be implemented and delivered within the same year.