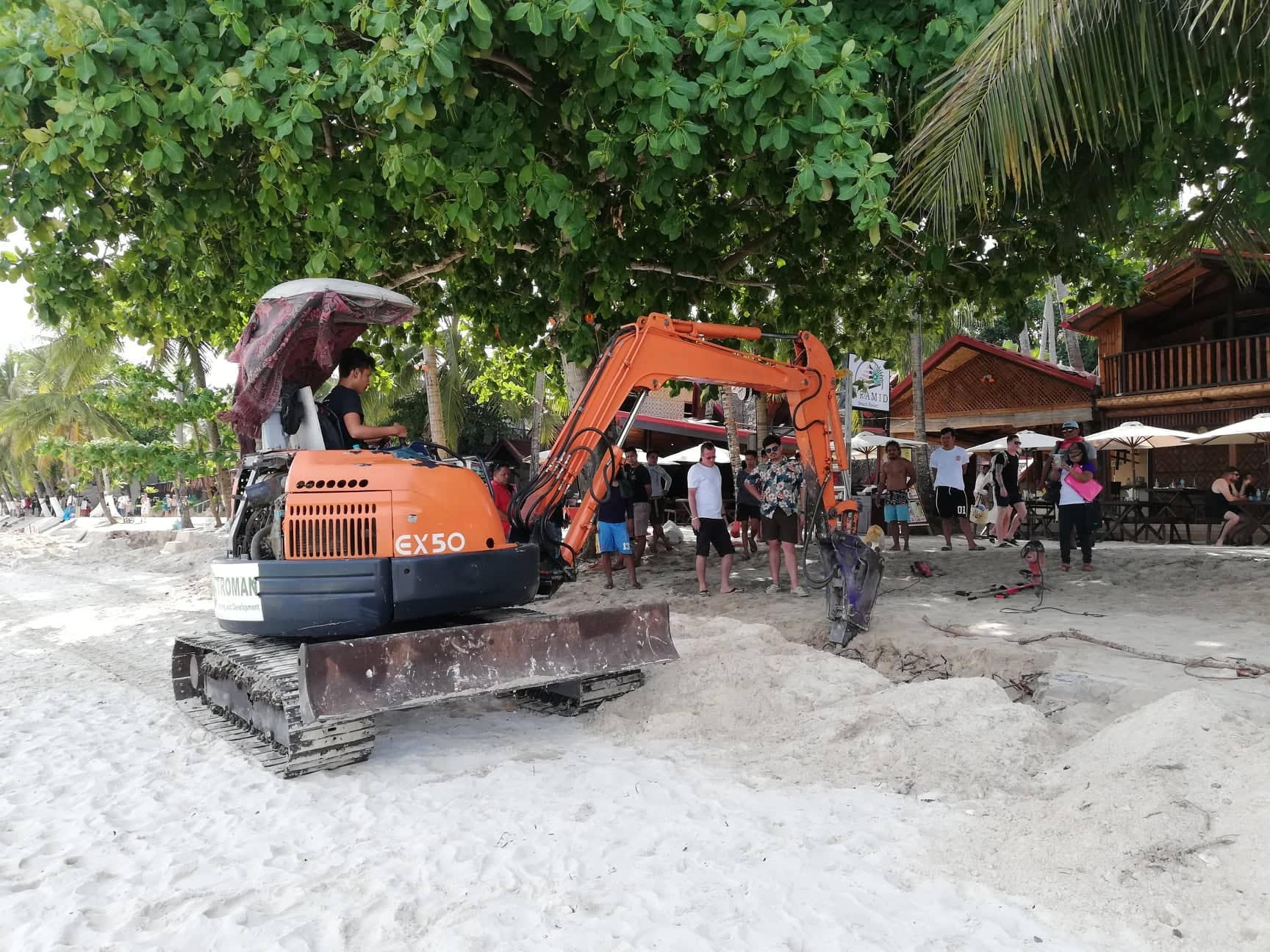 Resort owners started tearing down the structures within the 20-meter salvage zone including seawalls and riprap, according to Angie Hoffman, president of Panglao Island Chamber of Commerce and Industry (PICCI).

Panglao Island, Bohol’s tourism jewel, is teeming with white sand beaches including the Alona Beach which was named after a sexy actress Alona Alegre who shot a movie there.

Hoffman said at least 20 establishments along Alona Beach complied with the order of Environment Secretary Roy Cimatu who gave them until May 30 to do so.

“We want to show to the government that we are willing to cooperate and we want to make this tourism island sustainable,” Hoffman told the Inquirer.

No illegal pipes discharging wastewater were found beneath the island’s white sand beachfront, said Hoffman during the demolition.

She said it took some time to remove the illegal structures, especially the seawalls.

“It takes (time) to rehabilitate the beach… medyo na-delay kay dili sayun diretsuon tangtang nga seawall (It was delayed a little because it was not easy to remove the seawall),” she said.

The seawalls, according to Hoffman, was built by resort owners to prevent erosion during the habagat (southwest monsoon).

“These are not just seawalls. Owners built them to protect their establishments from the strong waves that eroded the sand.

“Ang impact sa habagat sa Alona Beach lahi sa ubang beaches (The impact of the habagat on Alona Beach was different from other beaches),” she added.

“It could do good or could do bad..but we want to comply…So after this makita nato og if okay ba walay seawall or okay ba nga naay seawall (So after this, we would see this if it was okay without a seawall or with a seawall). This is a big risk for all the establishments on Alona Beach,” said Hoffman.