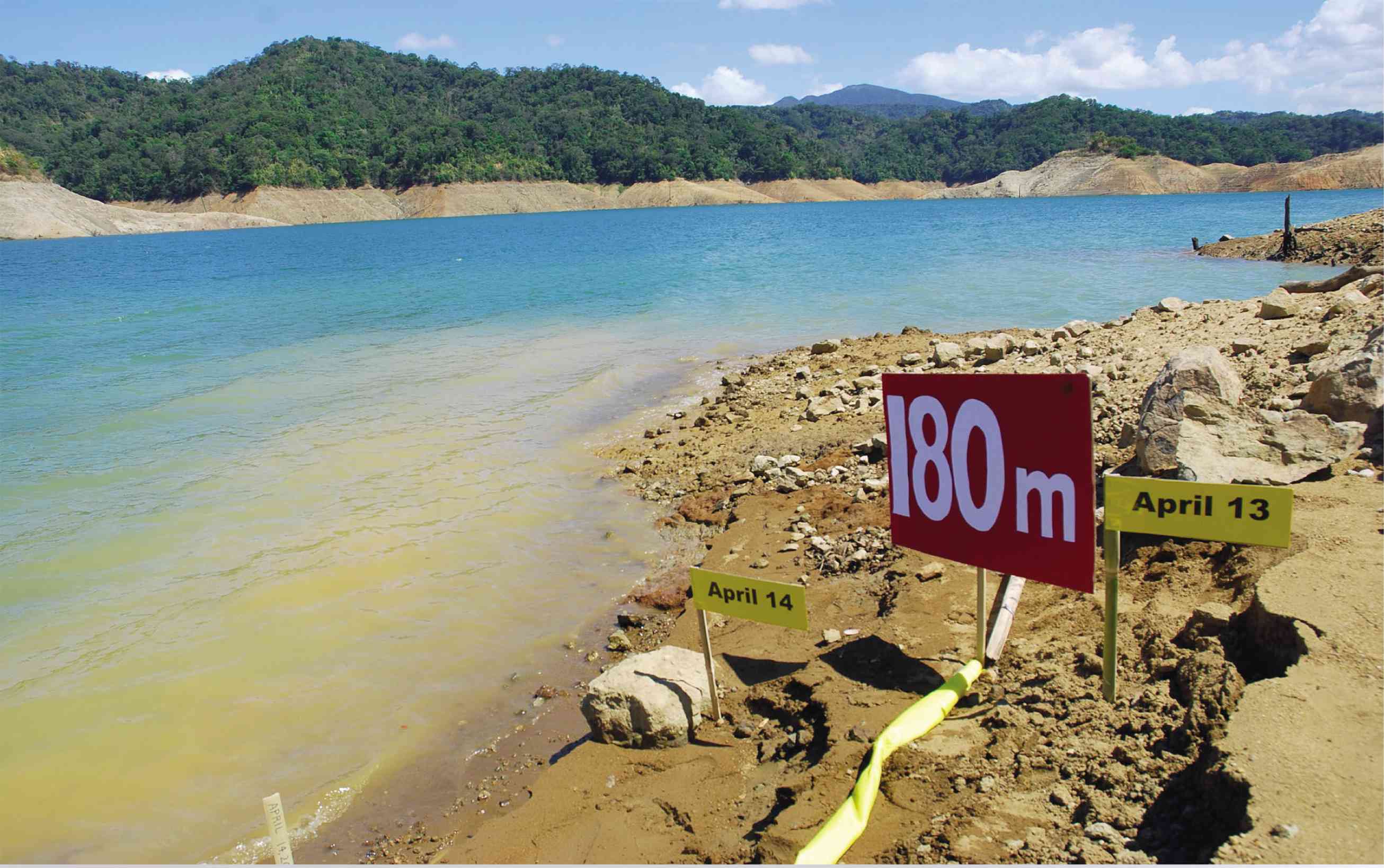 CRITICAL MARKAs of Sunday, the water elevation at Angat Dam dropped to 179.83 meters, breaching its 180-meter critical low level like what happened in 2010 when this photo was taken. CONTRIBUTED PHOTO

MANILA, Philippines — The water level of Angat Dam in Bulacan province, which supplies about 90 percent of the water requirements of Metro Manila and nearby provinces, has fallen below its critical level.

On Sunday, the water elevation at the dam dropped to 179.83 meters above sea level, breaching its critical low level of 180 masl, based on information from the dam operator.

The weather bureau’s hydrologist, Ailene Abelardo, said that while it was normal for water levels at dams to fall during the dry season, the weak El Niño and the lack of rainfall had also contributed to the lower water level.

Rains expected in May

However, Abelardo said the weather bureau had forecast up to 185 millimeters of average rainfall in May.

“If that entire amount of projected rainfall will fall, it’s possible that can help maintain the water level and not let it fall too quickly,” he said.

The weather bureau earlier said the rainy season could come as late as the first week of June.

Felix Robles, water control chief of the National Irrigation Administration (NIA), said the dam’s water can still meet the irrigation requirements for rice crops in Bulacan and Pampanga and the domestic water needs of Metro Manila.

Starting May 1, the irrigation supply to 17 towns in Bulacan and four towns in Pampanga will be reduced to 20 cubic meters per second, Robles said.

The National Water Resources Board allots 36 to 40 cms of irrigation supply to more than 27,000 hectares of rice farms in the two provinces. The supply has started to diminish following the dropping water level in Angat Dam.

But Robles said so far, the 20 cms are enough to supply the irrigation needs of some 20,000 farmers in Bulacan and Pampanga.

On April 15, Manila Water started operating its Cardona water treatment plant which would boost water supply by 50 million liters a day. By August this year, the company expects to increase the supply to 100 million liters.