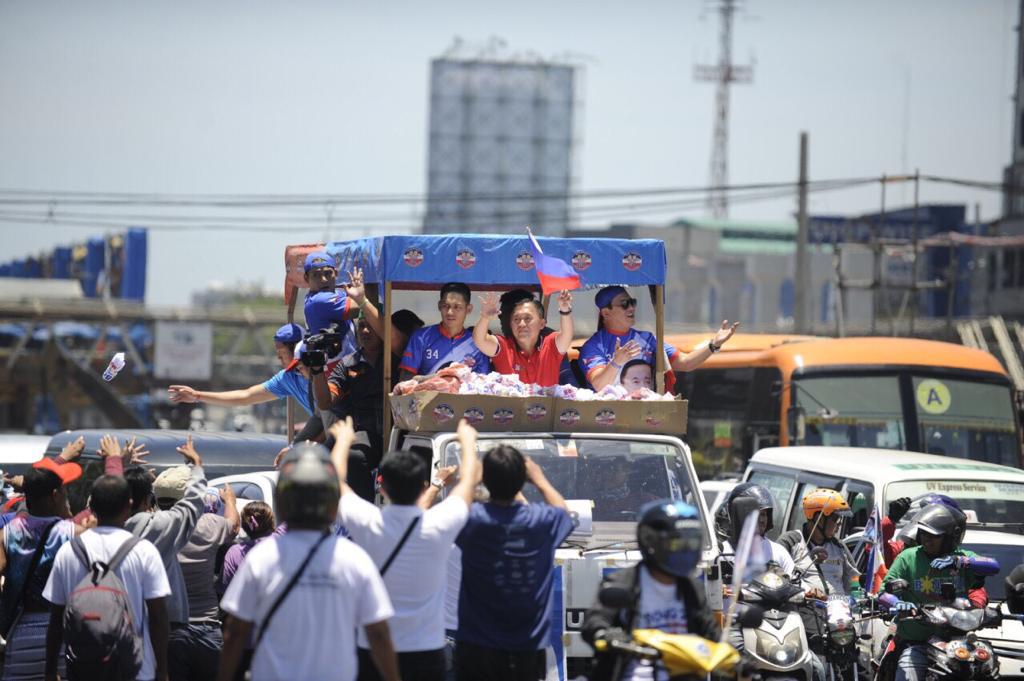 The people of Quezon City on Saturday gave love back to former Special Assistant to the President and 2019 senatorial candidate Christopher Lawrence “Bong” Go when he returned to the city on a motorcade as part of his campaign.

It could be recalled that during his stint as SAP, Go has helped many fire victims in the city. Even after declaring his Senate bid, Go would take time out to visit fire victims to listen to their concerns, cheer them up and call for assistance.

QC residents came out on the streets, cheering and waving back at him, while some even approached the mini-truck Go was riding in to shake his hand.

With barely two weeks before the elections, Go said he would press his efforts to go around the country up to the last day of campaign not just because of his senatorial bid but also, and more importantly, to meet the ordinary people and hear their concerns directly.

Upon learning that somebody recently passed away in a community along the route of the motorcade, Go decided to take time off to visit the wake and extend his sympathies to the family of the deceased.

The former SAP also vowed to keep his campaign clean and remain fair amid the increasing use of fake news to malign candidates and undermine their chances of winning in the elections. Go had been at the receiving end of unfounded allegations recently. 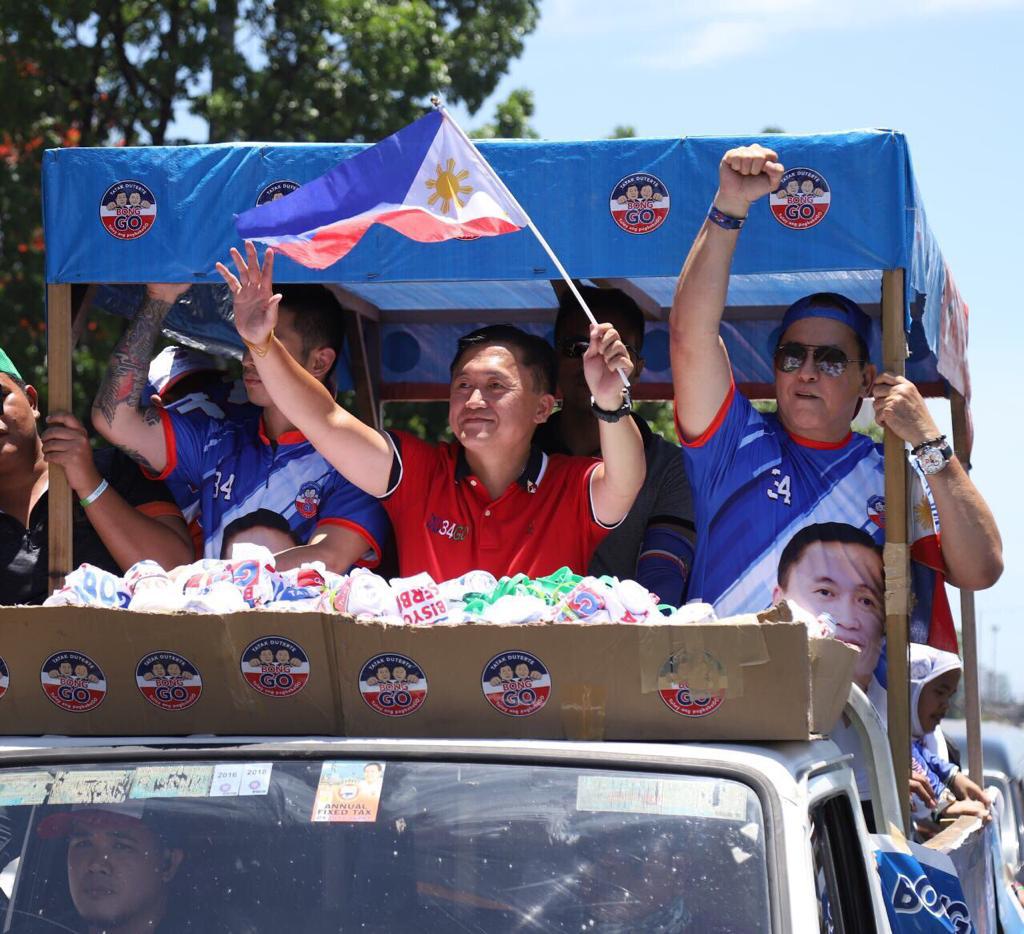 Go had declared his full support for the programs and policies of President Rodrigo Duterte, particularly his campaign against criminality, corruption and illegal drugs.

Likewise, Go said he is equally in favor of infrastructure and other development projects for the benefit of the people of Quezon City and other Metro Manila cities.

Among others, Go pointed to the P356.9-billion Metro Manila Subway Projects, expected to start limited operations by 2022, that would eventually link Manila, Quezon City, Bulacan, Cavite and Laguna. In addition, Go noted the P62.7-billion MRT Line 7 that would link QC, Caloocan City and Bulacan, which is expected to be completed this year.

For his legislative agenda, Go said he puts top priority in improving the delivery of health services particularly through the establishment of Malasakit Center, which seeks to help drive down to the lowest possible the hospital bill, particularly of indigent patients.

A project of the Duterte administration, the Malasakit Center makes the process of availing of medical and financial assistance from the government easier and faster by bringing together in one room all concerned agencies such as the DOH, DSWD, PCSO and Philhealth.

Go wants to enact a law to ensure continuation of the program and allow the establishment of Malasakit Centers in more provinces and key urban centers in the country.

Other priority concerns Go has identified as part of his legislative agenda include programs for agriculture, education, housing for the poor, long-term sports development, fire protection and prevention, localized peace talks, creation of a Department of OFW and improved benefits for senior citizens.