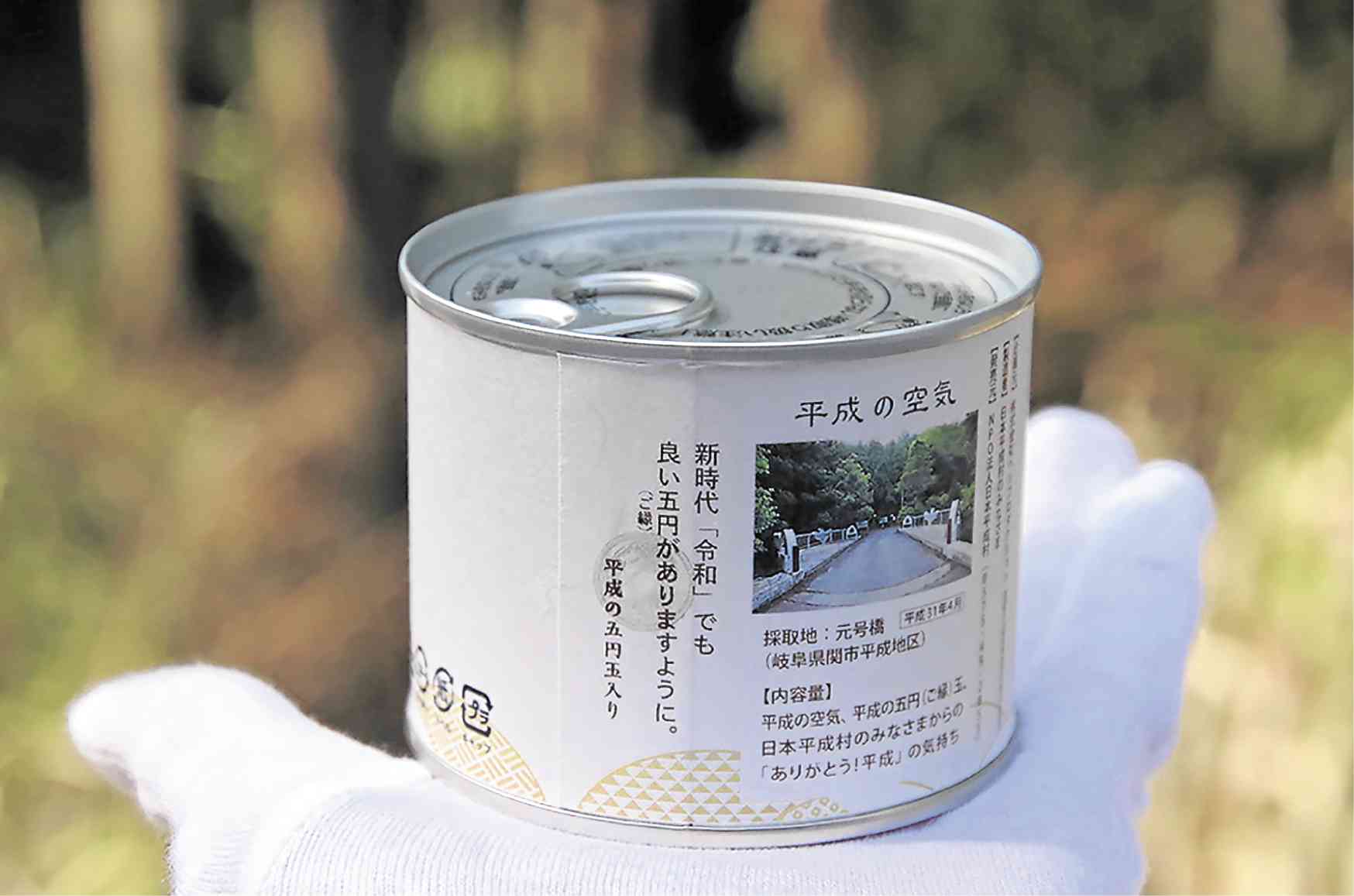 TOKYO — With just days until Japan ushers in a new era with the crowning of a new emperor, one enterprising company is cashing in by selling cans containing “the air of the outgoing era”—a breeze at $10.

The can filled with “the air of Heisei”—the 30-year reign of current Emperor Akihito—hit the shelves on Monday at the ambitious price of 1,080 yen ($9.60), with producers hoping to sell as many as 1,000 units.

“Air is free of charge, but we hope people will enjoy breathing the fresh air of Heisei after the new era comes, or just keep it as a memento,” company president Minoru Inamoto told Agence France-Presse.

The cans have been produced in the central Japanese village of Henari, which is written using the same characters as those used for “Heisei,” he said, adding that the cans could be snapped up at a roadside station in the village and online.

They contain nothing but “the air of the current era” and a five-yen coin, often considered a lucky charm.

Firms around Japan are scrambling to produce memorabilia from the outgoing era before the country enters the “Reiwa” era on May 1 when new emperor, Naruhito, ascends the Chrysanthemum Throne.

Oval gold coins engraved with Heisei are selling like hot cakes at Tokyo department stores, while confectionery makers are bringing back blockbuster sweets popular during the Heisei era.

Henari is seeing an influx of visitors and merchants there are selling everything from chocolate to polo shirts and alcohol bearing the name.