Harry and Meghan: Newest royal baby could be an American 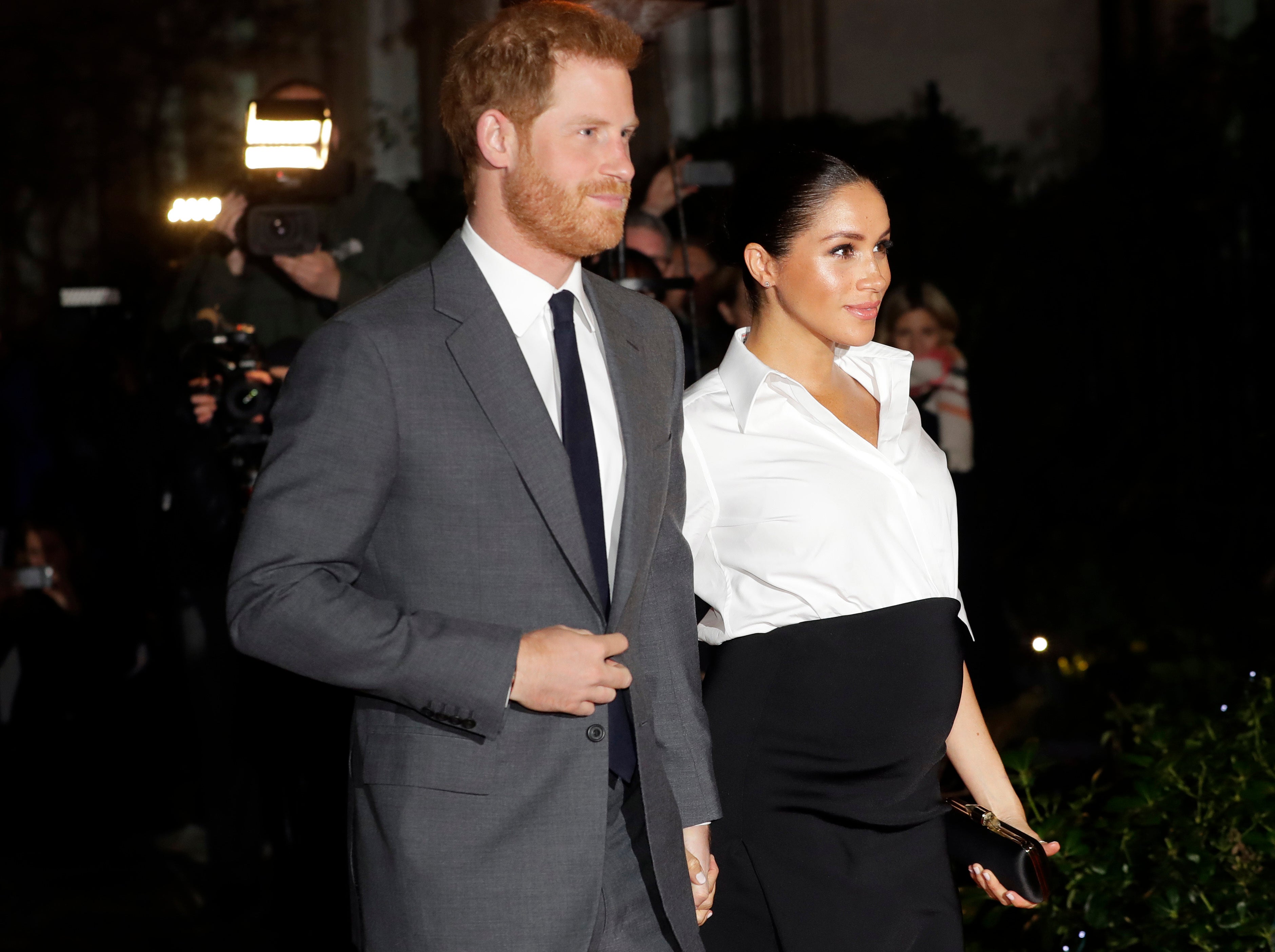 In this Thursday, Feb. 7, 2019 file photo, Britain’s Prince Harry and Meghan, Duchess of Sussex arrive at the annual Endeavour Fund Awards in London. The child of Meghan Markle and Prince Harry will be seventh in the line of succession to the British throne, and also could be an American. The baby expected to arrive in the next few weeks would be the first citizen of Britain’s former colonies born into the upper echelons of the royal family. (AP Photo/Kirsty Wigglesworth, File)

LONDON — What would the founding fathers think? Almost 250 years after the United States launched a revolution to rid itself of the British royal family, the next royal baby could be an American.

The idea that a scion of the former colonies would be seventh in line to succeed Queen Elizabeth II to the throne could change the royal family from within — and help extend a surge in popularity for the monarchy.

The child of the Duke and Duchess of Sussex — Meghan Markle became a duchess when she wed Prince Harry a year ago — is due very soon.

Baby Sussex, as the child is known ahead of its birth, will be a product of two cultures: its father a prince who is a symbol of Britain; its mother quintessentially American — a self-made TV star with a white father and an African American mother.

The child is unlikely to ever become king or queen, but the presence of a half-American child who may choose to hold dual nationality could shake up the royal family, just as the arrival of Meghan has had a modernizing effect on the stately but sometimes stodgy House of Windsor.

“It’s quite possible the child will have a lot of American influence,” royal commentator Hugo Vickers said. “The royal family is not totally unused to that kind of thing. Children have been born with Greek mothers or German mothers in the past, obviously, but Meghan is the first American mother so close in the royal family.”

Certainly, Meghan isn’t following any of the royal scripts when it comes to childbirth preparations.

Unlike Harry’s brother Prince William and his wife Kate, Harry and Meghan have chosen to keep the details about their baby planning private despite — or perhaps because of — intense media interest in the baby’s arrival, expected in the next few weeks.

The couple haven’t revealed where Meghan intends to give birth, so there isn’t likely to be a 24/7 media stakeout outside the hospital as was the case for the birth of William and Kate’s three children, Prince George, Princess Charlotte, and Prince Louis.

Don’t expect a photo of the happy family walking out of the hospital looking picture perfect hours after the birth — Harry and Meghan have said they want to celebrate privately with their extended family before telling the world a baby has been born.

Palace officials accustomed to having a role in choreographing the coverage of major royal events are concerned that Harry and Meghan may announce the birth on their brand new Instagram account — and give the public its first glimpse of the baby via Instagram as well.

Harry faces less pressure to conform to royal protocol than William because of William’s role as a likely future king — he will follow his 70-year-old father Prince Charles to the throne.

That also makes the baby’s American parentage less of a pressing issue, since it would take a series of tragedies to hit William’s children for Baby Sussex to become monarch.

That hasn’t kept the British media from speculating that Meghan will choose an American as a nanny — Mary Poppins be damned! — and possibly even put a man, or manny, in that crucial role. Some believe Meghan will insist on dual citizenship for the child, a status that is allowed by both countries.

Joe Little, managing editor of Majesty magazine, said many have no issues with evolving traditions in the monarchy.

‘Priceless’ Hyun Bin to do 3 events for telco in PH