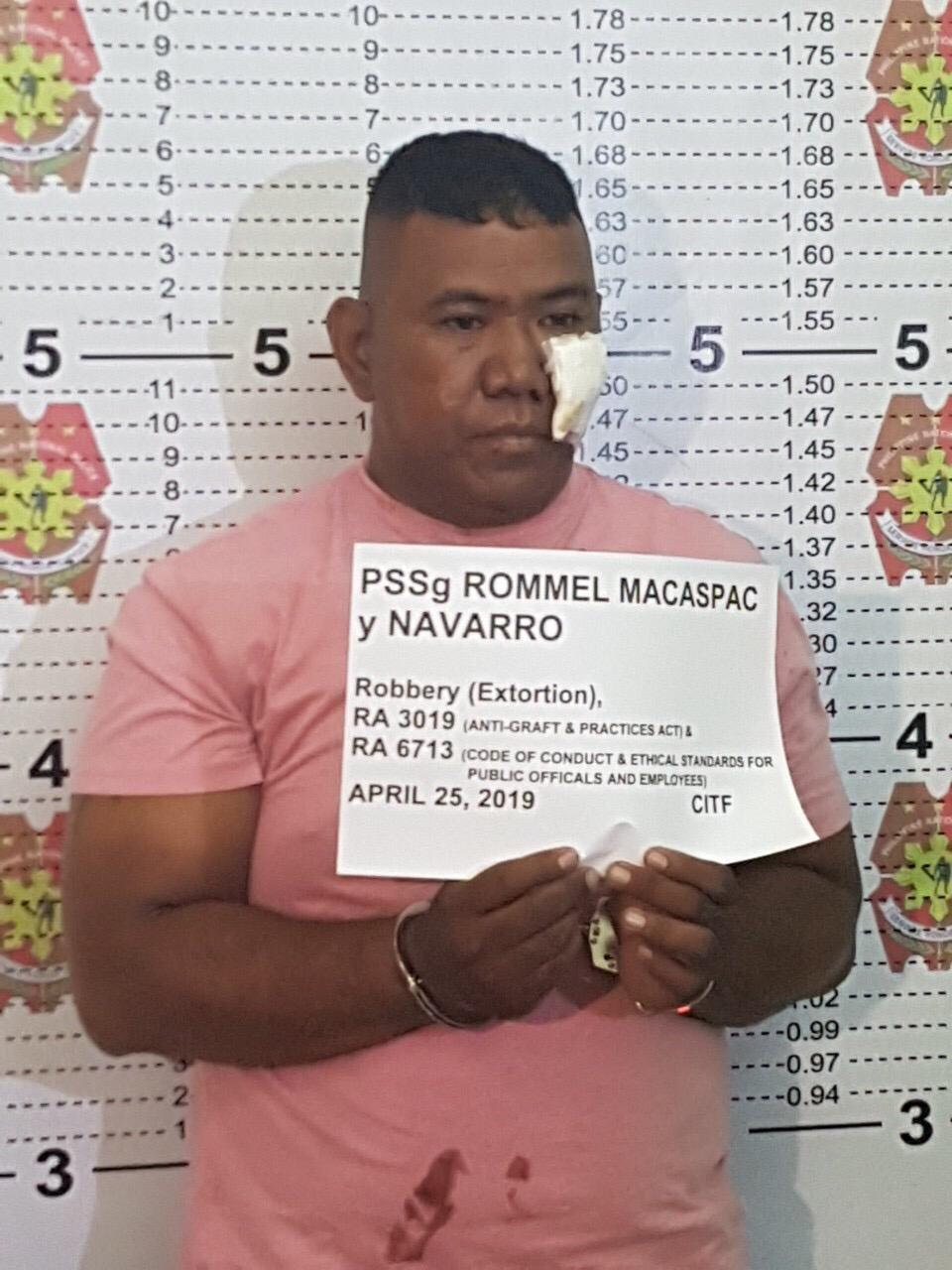 MANILA, Philippines — A beat patroller of Pasay City police was arrested on Thursday for allegedly extorting money from a “habal-habal” driver.

CITF said the victim refused to be named.

According to the complaint, the suspect pointed a gun to the driver’s head after the victim failed to give the weekly grease money amounting to P2,000.

Aside from this, Macaspac also took money worth P1,500 from the driver’s wife.

Confiscated from the police officer were one cal. 9 mm Beretta pistol and ten live ammunition.

Macaspac was brought to CITF for proper filing of criminal and administrative charges. /je