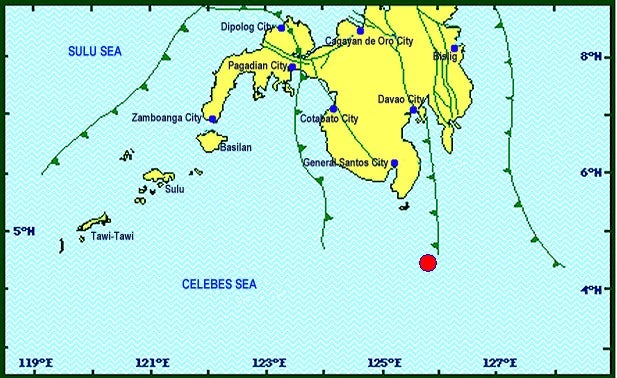 The stronger of Wednesday’s quakes—a 4.7-magnitude tremor, hit at 11:43 a.m. and was centered underwater 59 kilometers off Baganga town in Davao Oriental province, the Philippine Institute of Volcanology and Seismology (Phivolcs) said.

It had a depth of 12 kilometers.

Earlier, at 11:28 a.m., a 4.5-magnitude tremor was recorded by Phivolcs some 374 km southeast of Sarangani town, Davao Occidental province.

The quake had a depth of 270 kilometers.

Both quakes were of tectonic origin and were not expected to cause damage or generate aftershocks.

The shallower Baganga quake was not even felt by residents closest to the epicenter, although Phivolcs seismic readings in Bislig City, some 120 km to the northwest, recorded an intensity 1 movement.