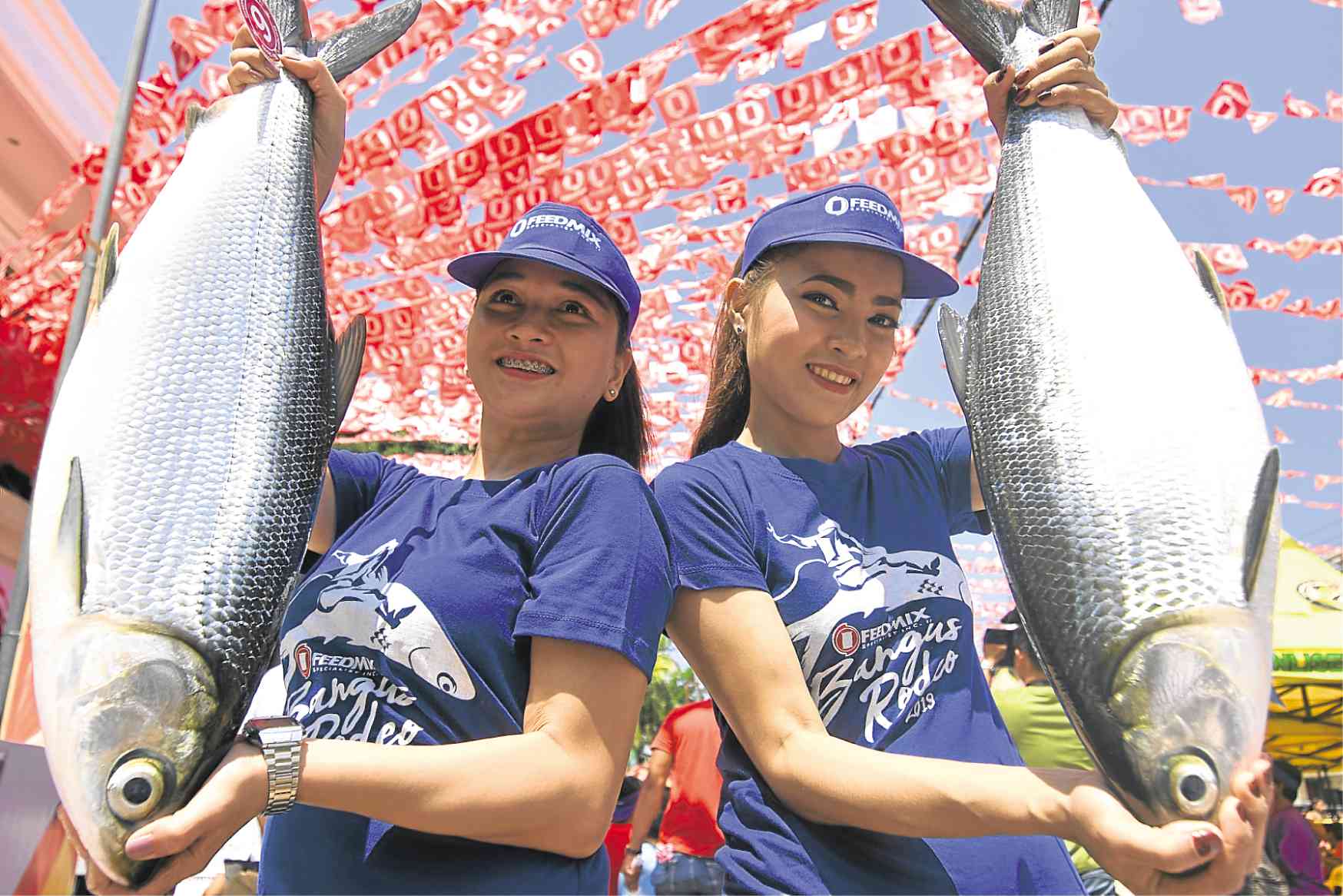 TOP FISH Milkfish growers in Dagupan City prepare their stock for the annual Bangus Festival, where the biggest, longest and prettiest “bangus” are given prizes. —WILLIE LOMIBAO

DAGUPAN CITY — Milkfish raiser Wilsorick Felix snatched a back-to-back win on Tuesday when his entry to this year’s heaviest “bangus” contest of the Dagupan Bangus Festival rodeo won him P15,000 and a trophy.

Felix’s entry, which was grown in his pond at Barangay Lucao here, tipped the scales at 5.58 kilograms, 30 grams heavier than his winning bangus last year, which weighed 5.55 kg.

This year’s longest bangus was grown by Lia Felix. It measured 80 centimeters, about 3 cm shorter than last year’s winner. Lia won P15,000 and a trophy.

This year’s prettiest bangus was raised by Armand Caguioa, who won P7,000.

City agriculturist Emma Molina, the event chair, said the prettiest bangus was chosen for its clear and round eyes, fine, smooth and orderly scales, and round belly.

Bangus are classified into small, medium and large batches, according to their weight.